Articles
The Voice
In Conversation With . . . Garage á Trois

Recently, sax player Skerik took the time to talk with Wanda Waterman St. Louis about instrumental music, the importance of imaginative song titles, and why nobody wins with illegal downloads.

Is This Jazz, or What?

I am a rock musician first and foremost, but It’s a great opportunity working with Marco, Mike, and Stanton. It’s great working with such creative people.

My musical background was nothing special. I just kept playing sax after everyone else quit. I think they were mostly intimidated by the prospect of living the gritty life of a musician. I still hear people say, ?I’m a musician but I’m getting an engineering degree as a backup plan.? I tell them, ?That’s not a backup plan?That’s you planning to fail!?

A song title is almost like a mini-haiku; you’ve got this short little phrase in which to express your thought. Miles Davis really showed that in his albums; all the tracks were instrumental so any verbal statements had to be made in his song titles, which were very imaginative.

The name Power Patriot was inspired by some of the craziness happening here in the United States now. Certain white supremacist groups are really gathering steam.

I lived with the bass player Aubrey Oaki for a while near Brixton, England. The pianist Bheki Mseleku would stay there and we would sometimes play together all night learning tunes. Bheki had just come out of retirement and would later record with Joe Henderson, Elvin Jones, Charlie Haden, etc. He was brilliant, and it was an honour to be able to spend so much time with him. 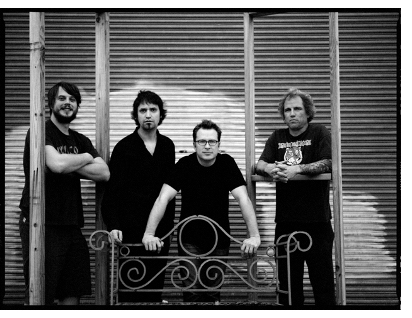 All the South African musicians that came through the house could play at least three or four instruments very well. Piano, bass, and saxophone seemed to be the minimum. It was humbling.

The great guitarist Leif Totusek introduced me to all these musicians and more during my stay in London. Leif also made it possible for me to play with soukous guitarist Mose Se Sengo (a.k.a. ?Fan Fan?) from Zaire. His band Somo Somo was made up of African and English musicians. It was incredible. I also played with Remmy Ongala, Mamadi Kamara, and many other African musicians while in London.

On the Musical Free Lunch

If people realized how much time, work, and money goes into the production of one CD they’d make more of an effort to pay something for it.

If you like listening to recorded music and you download music off of bit torrents, rip, etc., without paying for it, then you are directly preventing music from being recorded again. You are putting recording studios, graphic artists, musicians, etc., out of work.

I realize that we are in a ?digital transition period? where things are crazy and will eventually get figured out, but in the meantime It’s hell for us musicians. Since musicians do not have a collective voice that has any real power, big companies like Apple, IBM, and Dell have used music to sell their software and hardware without any collective objection from musicians.

Without iTunes and iPods Apple wouldn’t be half the company it is today; recorded music made that happen. Yet take a tour of all the personal hard drives in the world and check to see how much of the recorded music in those drives was actually paid for.

Everyone likes to beat up on the major labels. Fine, they had it coming?they were taken over by lawyers and ran themselves into the ground. But they are just part of the ?victim pie.? Small independent musicians and labels are trying to blow your minds with great music! Please support them, actively! We can’t do it without you. It’s all based on trust now, like the unmanned fruit stand on the highway with the sign that says ?honour system?please pay here.? I’m saying this as a fan first and a musician second.