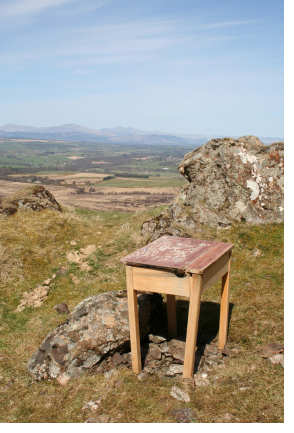 Browse the web, and you’ll find a plethora of study advice. Make a schedule. Set goals?but reasonable ones. Study for short periods. Schedule in break time. But most of all, create a study space.

Most ?experts? describe the ideal study space as having certain characteristics. Like the Hemingway story title, it should be clean, with good lighting. It should be quiet, spacious, and out of the way of most distractions. But the most important characteristic seems to be that it should be consistent.

A consistent study place: a spot dedicated to homework and the like. A place where you know what to expect from yourself, where you enter knowing that you must now focus and leave all distractions behind.

But apparently, consistently studying in one spot may not actually be the best way to study?and psychologists have known it since the 1970s.

A recent article in The New York Times described fascinating psychological research suggesting that, contrary to popular opinion, varying your study location is not only acceptable, It’s crucial to a better understanding of the material. It turns upside down much of what I?and many other learners?have believed for decades.

According to scientists, the ?brain makes subtle associations between what it is studying and the background sensations it has at the time.? This means that studying the same information in different locations gives the material ?more neural scaffolding? in the brain.

As a result, You’re less likely to forget what you read?making studying more effective.

Using several alternative study locations makes sense, even from a non-scientific perspective. While working independently, It’s easy to get burned out or bored. An occasional change of scenery, whether or not you’d normally consider it conducive to studying or writing, can work wonders to rejuvenate you and re-energize your resolve.

When I first set up my study space, I did it by the rules. I tried minimizing distractions. No internet. Tape on the fridge door. Earphones in, music pumping. But each day, after a while, I would find myself getting up from that hallowed spot and wandering away in search of distractions. The problem wasn’t my lack of resolve?It’s just that perhaps a certain strain of student claustrophobia had settled in. Even just moving the laptop to the couch would make a world of difference. I’d suddenly be energized and enthusiastic about what I was reading or writing. Now, I’ve made “musical desks” a regular practice. 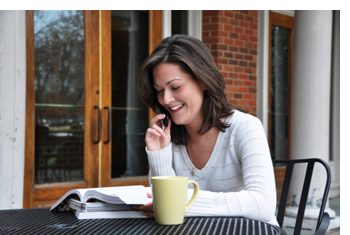 For example, after working at my desk most of the day, I become more and more susceptible to distractions. Then, I bring my laptop to my daughter’s dance school to continue there while she finishes her class. Although the waiting room is crowded, stuffy, and noisy, for that hour I find myself studying much more efficiently and effectively than I had been doing in my quiet home just a few hours before.

Changing study locations from time to time can help keep you focused and motivated. And according to psychological research, it even helps you retain material better. It may not be the popular solution, but it appears to result in a more successful learning experience.

And who can argue with that? 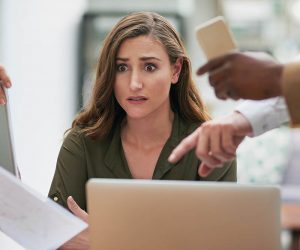