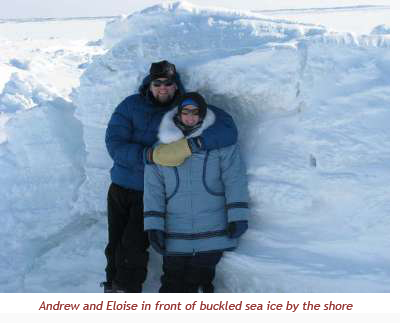 When her boyfriend?now fiancé?took a teaching job in Nunavut, Athabasca University student Eloise Campbell moved from Moncton, New Brunswick, to a remote northern community of 350 on the shores of Hudson Bay.

A huge culture shock? Definitely. But according to her, absolutely worth it. During our chat?disconnected several times by the 70-kph blizzard conditions there’she explained how distance study means she can experience a new culture and lifestyle while pursuing her educational goals. She also described life in the far north, and why she loves living in such a remote area.

For Eloise, enroled in AU’s Bachelor of Arts in Psychology program, distance learning is all about flexibility. When she first moved north, she expected jobs would be scarce, and decided to take the opportunity to earn her degree. Given the remote location, distance study was an obvious choice, and AU’s reputation made the decision easy. ?I heard from many people who had taken AU courses that it was an excellent and challenging school and that they offered complete programs,? Eloise says.

She began intending to study full-time, but found that the opportunity to work wasn’t as limited as she had thought. ?I have cut back my studies to part-time because I am now working full-time,? says Eloise, who works at the community’s equivalent of the town hall.

Working full-time while studying can be a challenge. ?I find procrastination to be a huge problem for me,? she says candidly. ?I find it tough to hit the books after a long day at work.?

To help self-motivate, she’ll remind herself how much easier it is to work a little at a time rather than dealing with the stress of cramming as the course contract date approaches. 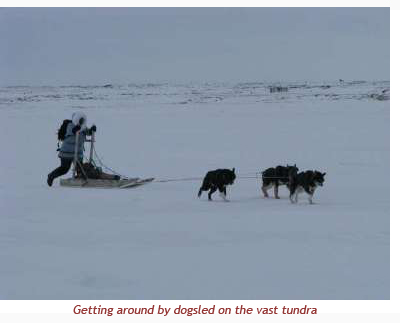 She’s also become more conscious of her limits. ?I have . . . learned to take on only as many courses as I know I can handle and no more,? she says. ?[I am] enroling in only one course at a time, but I would like to finish them in two or three months.? She adds, ?I just try to do as much as I can.?

Looking to her longer range goals is also important. ?I would be happy to finish five or six courses every 10 months,? she says. ?My long-term goal is to complete an education degree and work as a resource teacher.? While living in New Brunswick, she worked with autistic children, a job she found ?very challenging, but extremely rewarding.? In fact, That’s the direction She’s hoping to eventually pursue. ?My true passion is working with children with special needs,? she says.

Finally, preserving a sense of balance is essential. ?I usually keep my Friday nights for me to prevent stress and to decompress after the week,? she says.

Any challenges, however, are secondary to the opportunities distance learning has opened up. ?I do find the non-traditional method to be more of a challenge, but I . . . appreciate the freedom and luxury to pursue my education at my own pace,? Eloise says. Best of all, studying via distance is allowing her to experience northern climate and culture first-hand.

What is it like to live in Nunavut? Well, of course, It’s cold. ?I have a touch of frostbite on my face from a walk last weekend when it was ?nice? out!? Eloise says.

The weather wasn’t the only thing that required adjustment. ?It was a huge culture shock,? she says. ?You really have to come up here with an open mind and a willingness to learn.? But if you do, she says, you’ll be rewarded.

Eloise, who’s lived in the area for just over a year now, loves it. She finds the tight-knit community inspiring. ?People are . . . willing to help others in need in any way they can,? she says. ?For example, several homes are without power right now, and other families are opening their homes to them until they get power again.? 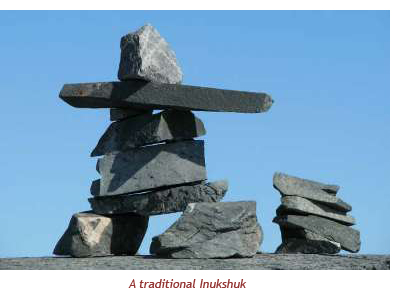 It’s an attitude that embraces newcomers, too, and she didn’t feel like an outsider when she arrived: ?Everyone is always eager to see a new face in town!? she says.

The area is also rich in cultural history. ?Learning about Inuit culture has been a pretty incredible experience,? says Eloise, who’s studying Inuktitut and participating in traditional crafts. ?I . . . am learning how to make sealskin kamiks (boots),? she says. She’s also considering taking AU’s course on Inuit culture, although she points out that She’s already learning it by living it!

How long will she stay in the far north? As of yet, She’s not sure. She’ll be getting married this summer and hopes to start a family soon, and raising her children in such a culturally rich area is appealing. ?We are eager to have our children exposed to the culture and would love for them to grow up with three languages (English, French, and Inuktitut),? Eloise says.

Regardless, She’s not in a hurry to leave Nunavut. ?We have no real timeline,? she says. ?We both love the adventures and learning up here.? 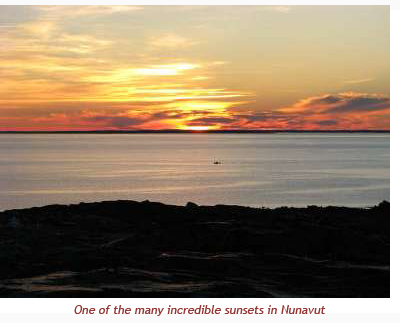