Features
The Voice
Love: Made for TV? 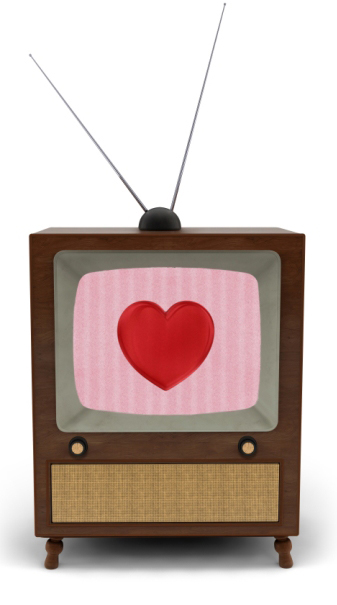 Hollywood runs on love. Every TV show and movie involves some kind of romantic entanglement and every magazine cover is flooded with photos of happy and not-so-happy couples. Considering that all I know of romantic love comes from what I’ve seen in the movies and on television, it should come as no surprise that I have some very skewed ideals when it comes to prospective partners.

Recently a representative for a company that cleans floor mats and uniforms hit on me, and when I say hit on me I mean flirted with me so shamelessly that even I, the girl who could find Don Juan frustratingly vague, could deduce his intentions.

As he leaned across my desk and complimented my hair and told me how it was a travesty that I’m not yet married and downright unbelievable that I don’t have a boyfriend, I startled myself with the realization that if he should ask me out on a date, I would probably say yes.

Why was this quick, flickering thought so stunning? He doesn’t fit the idealized image of the perfect man that I had always carried with me, That’s why.

He isn’t the boyishly handsome, slightly dorky but smart and snappishly funny romantic comedy male lead that I am subconsciously waiting for, nor is he anywhere in the ballpark. He is far from boyish with lines threatening the corners of his eyes, his cornball lines do not snap, any dorkiness is overshadowed by his over-exercised body (he is muscled enough to warrant the term ?beefy?) and?shudder?he has the distinct orange glow of one who tans. Truth be known, I have an unfounded mistrust of all men who tan. Sorry, George Hamilton.

Ross and Rachel, Harry and Sally, these are the modern age’s archetypes of romantic love. A funny and charming man falls for a lovely, beguiling woman. So perfectly matched are they that the term soul mates is bandied about but alas, the hero and heroine must blunder through hilarious misunderstandings and heart-rending tiffs (enough to fill two and a half acts) before finally realizing what the audience knew all along: they are in love.

I wish real relationships could be that simple.

Imagine a world where that cute guy you’ve had your eye on likes you back and everything you say to him is witty and charming. Also, You’re always lit in the most flattering way and a fan is hidden out of sight in order to tousle your hair just so.

In real life my experiences with men have been far less sweetly romantic and more awkwardly tragic.

For example, there was my third grade crush who I believed too childish to be ready for my affections, or anyone else’s.

Like a Mack truck careening out of nowhere, one day in the hallway of our elementary school, he offered a little gold-painted ring to a painfully pretty classmate of ours, committing himself to her with such passion as to put grown men to shame. I was, and remain, gobsmacked.

Cut to middle school, where I alternately pretended the Backstreet Boys were my boyfriends and gleefully waited for high school. Even Screech had a girlfriend on Saved by the Bell and if one show gave an unerringly accurate depiction of high school, it was Saved by the Bell.

High school was not what I hoped it to be, although it was an improvement over all the years before it: boys were actually talking to me now. One boy in particular stood out; let’s call him Joe.

Joe went out of his way to talk to me. He asked to borrow my notes, he asked for help with homework assignments, he got me in trouble for talking in class. He was funny and weird and perfect. And he had a girlfriend.

My friends, as friends do, assured me that Joe really did like me and the moment that he and his girlfriend broke up, he would be mine . . . Who could’ve figured that they would date all through high school with me pining all the while? 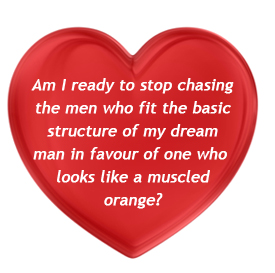 What was different about Joe as opposed to the crushes that came before him, including the Backstreet Boys, was that I could talk to him. I wasn’t a shy, mute mess with him. Yes, he gave me butterflies in my stomach and I would blush just from seeing him but I was myself around him and he seemed to like me even still.

I should’ve taken that as a boon to my self-confidence but, like any other teenage girl, I managed to interpret it as a slight. If he liked me as much as he seemed to, why wasn’t he leaving his girlfriend? Why wasn’t he asking me out? Why was our time spent together confined to the four walls of the classroom? Why wasn’t I enough?

Much hasn’t changed over the years. I find someone to spend weeks or even months yearning for only to have things fizzle out or, more depressingly, stop just as quickly as it started?often by finding out the guy had something or someone else entirely in mind. Again, I am just not enough.

Have I given up on my ideals in favour of harsh cold reality by envisioning myself with the hackneyed cleaning rep? Am I ready to stop chasing the men who fit the basic structure of my dream man in favour of one who looks like a muscled orange?

You may think I’m being a bit extreme here, equating a single date with a man I find unattractive as a fundamental shift in ideals and ambitions, but take it from a girl whose total list of crushes in her entire life (not including the Backstreet Boys) numbers under 10, that even picturing myself with this beefy fellow is highly disconcerting.

Maybe, I thought as I gawped at Mr. Orange, I’m enough for him.

After he left, and the hazy glow of finding out someone thinks I’m hot dissipated, I began to wonder, is he enough for me?

Sure, I could go out with this man and all the while have my fingers crossed hoping someone better came along. Or I could do as I’ve been doing and wait for the perfect match.

It may be a naive, romanticized, and lonely choice but if it took Harry and Sally 12 years to get it right and if Ross and Rachel managed to find each other after decades filled with miscommunication and famous hairstyles, at least I know I’m in good company if I don’t settle for second best.

Perfect romance may only be in Hollywood scripts, but how will I know for sure unless I wait to see how my third act turns out?