Columns
The Voice
From Where I Sit – A Bold Prediction

I don’t know what astrologers and clairvoyants have said about 2010 but based on what I’ve seen less than two weeks in I predict the craziness will continue. From matters sublime to sordid, from issues vital to vacuous, from people astute to asinine, there is no compelling indication that this year will be any better than last or the one before or the one before or the . . .

I suspect one or more potboilers are in the works chronicling the rise and stupendous fall of Tiger Woods. Analysts will continue to speculate how one (albeit iconic) man’s snake-like behaviour has impacted both the worlds of golf and the sponsorship business. ?How low can you go?? used to refer to the limbo, not a star’s skid into notoriety.

Just hitting the front pages here is the possibility of Northern Ireland’s own Mrs. Robinson’s affair with a ?boy? bringing down her husband’s government. We are assured she is under ?acute psychiatric care.? And the beat goes on.

Notwithstanding hundreds of medical studies there is finally a compelling reason to try to lose weight this year: full body (!) scans at airports around the world. Thanks to the twit with exploding underwear and some deranged people’s willingness to die ?for the cause? we are all going to be further inconvenienced and have our privacy eroded. What’s next: routine cavity searches?

The world is watching (or is it not watching?) the battle of the late-night talk show hosts. I for one couldn’t get into Jay Leno at prime time and found myself drifting to Letterman, which I would have found unthinkable only months ago. There are reputations, broken contracts, megabucks, ratings, and advertisers at stake here. Can we all say Craig Ferguson?

With two Tory floor-crossers, growing public dissent, and government’s sagging numbers provincial politics has become interesting. Pundits, political scientists, and venters alike are weighing in on this issue and it will dominate for all of this year and indeed until the next election, likely in 2012. Being a political observer is a little like driving by a motor vehicle collision: too gruesome for words but impossible to turn away from.

The pain of unemployment and fortunes lost (or at least badly battered) will continue for the foreseeable future. Experts and Joe Public alike are watching for the teeny tiny baby steps of an economy on the mend and wonder when each of us will feel it in our own lives and pocketbooks.

So why have I chosen to focus on negativity and superficiality? Two reasons. If you’ve been around more than a few years you know that while the faces and names might be new the underlying stories are not and this too shall pass. Secondly, with most of these things if we don’t laugh we’re likely to cry. Each of us will continue to do the best we can every day in our own lives. Whether life brings us comic relief or hair-pulling frustration is largely our own choice, from where I sit.

The Future of Technology 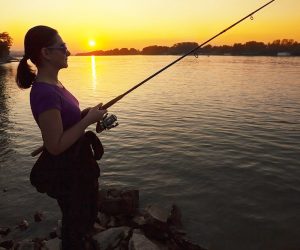 Propaganda in our Society