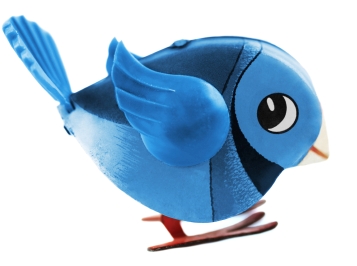 John O?Brien has served as Manager, Media Relations for AU for the past two years. O?Brien is currently investigating the potential uses AU could make of the social networking site Twitter.

?Twitter is a social networking or microblogging site that allows users to post short messages of up to 140 characters, including links to URLs,? O?Brien explains. ?The posts are called tweets and users can sign up to ?follow? other users. Permission is required to follow someone, and receive their tweets. In the same way, other users must have your permission to follow you. Students can explore the site at twitter.com. It’s a pretty simple process to sign up and get started.?

Twitter proclaims itself as ?without a doubt the best way to share and discover what is happening right now,? and invites its users to ?communicate and stay connected through the exchange of short status messages.? The site was founded in 2006, and has rapidly gained a multitude of users, including a large number of celebrities: cyclist Lance Armstrong, rapper Soulja Boy, comedian John Cleese, actress Demi Moore, California ?Governator? Arnold Schwarzenegger, and President Barack Obama can all now be followed on Twitter.

How, then, did AU come to recognize Twitter as a tool of which it might make use? According to O?Brien, Twitter was first recommended to him as a viable institutional tool ?by a colleague who works at another university in the same capacity.? O?Brien joined 11 months ago as ?mediaau.?

O?Brien’s most recent tweet links to an article in the Strathmore Standard about the inspiring story of AU student Derek Kuntz, who is pursuing a four-year degree in business (and a passion for hockey!) in spite of an incurable disease, IgA Nephropathy.

And students following AU on Twitter can expect more sports-related tweets to come. ?Next month, and through February, a colleague and I plan to use it to update followers on the status of several Olympic athletes who are also AU students,? O?Brien says.

To get involved, students can ?go to twitter.com and explore the site, and see if It’s right for them. They can then request to follow mediaau for updates about the university.?