?Solemn judgement gives the crimes back their full horror and restores to the guilty some part of their lost humanity. Silence perpetuates a crime, gives it new life, closes the door on justice and truth and throws open the door to forgetfulness, to the possibility that it might happen again.?

Boualem Sansal, from The German Mujahid

The brothers Rachel (Rashid) and Malrich (Malek) were born in a small Algerian village to an Algerian mother and a man who, unknown to his loved ones until his death, is a fugitive Nazi war criminal.

This book was banned in Algeria for its critical portrayal of the country, I’m guessing because it places Muslim jihadists on the same ethical tier as German Nazis.

The boys have been sent to live in a poor Muslim neighbourhood in Paris. The elder, Rachel, becomes an overachieving model citizen while Malrich is a consummate loser, idling his time away with his ne?er-do-well pals and showing no love for authority.

Rachel’s discovery of his father’s secret comes in the wake of his parents? violent murder at the hands of unnamed assassins, their throats cut at home in their rural Algerian hamlet during an attack that killed more than three dozen other villagers. The horror of the murder, coupled with the shocking new knowledge of his father’s past, sends Rachel on a downward spiral that drives him to the village of his birth, then to Germany to retrace his father’s steps through the concentration camps, and from there along the furtive escape route out of Europe to avoid war crime prosecution.

Rachel is exhausting all his resources trying to make sense of the mystery of the Holocaust and his father’s role in it. In the end he concludes that there is no sense in it and neither is there any remedy, nothing that can ever make it right. For some this kind of admission can be a first step in healing. Not for Rachel. 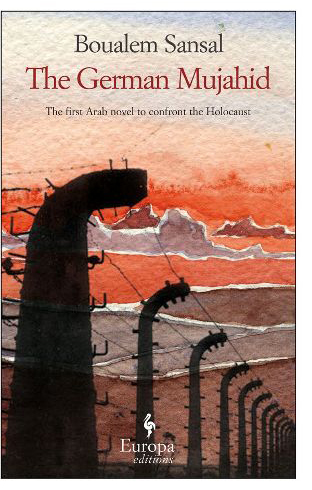 As Rachel undertakes his personal exploration of Nazism Malrich focuses his attention on the destructive effects of jihadists both in his Paris ghetto and in his Algerian homeland. Malrich’s brief stint as a young fundamentalist zealot shows just how easy it is to get sucked into the Islamist maelstrom.

The story unwinds in the form of entries from the diaries of the two brothers. Malrich’s entries are so much more pleasant to read than those of the self-immolating Rachel, who cannot rest in this new (to him) universe in which crimes remain hidden and go unpunished. Malrich’s forthright anger and good sense appear simpleminded in comparison with Rachel’s obsessive probing but thankfully lessen the emotional weight of this dark tome.

It has often been said that one of the greatest contributors to the demise of relationships is deceit, that is, successful deceit, deceit that leads you to love and respect someone who is not the person you believe he is. It is the fact that Rachel’s father managed to keep his past hidden that is particularly destructive to Rachel’s psychological balance.

There is a particularly disturbing passage in which Rachel details some of the activities to which, under the cloak of a strictly enforced secrecy, the best scientific minds of Germany devoted themselves during the Third Reich. The degree of cold-blooded calculation required for some of these enterprises is terrifying. Years were spent, for example, developing a gas that smelled sweet enough not to frighten the doomed into stampeding but not so sweet as to entice the guards into thinking they were safe from its deadly effect.

The two brothers are so horror-struck by immediate circumstances and by the legacy of the recent past that their natural urges appear to take a back seat, with the exception of Rachel’s brief rhapsody on the attractions of Egyptian women, whose eyes ?glitter with the most ancient mystery in all the world.? This one brief mention of beauty and sensuality does much to enlighten the reader as to what both Nazis and jihadists have stolen from the world.

This book is a brilliant exegesis of the social sickness of the 20th century. At the end of page 88 is a passage that could be the definitive portrait of postmodern despair: ?I am drowning in a nightmare of horror, I have no raft to cling to. I am alone.?

?You can’t commit atrocities with enlightened people, you need hatred, blindness, and a knee-jerk xenophobia.?

Maghreb Voices celebrates the art and culture of the people of Algeria, Morocco, and Tunisia, in northern Africa. This column features profiles of artists, musicians, and writers who are 1) living within a Maghreb country, 2) originally from the Maghreb and are now using the culture of their homeland as inspiration in their art, and 3) come from outside the Maghreb but have based their art largely on the cultures of the Maghreb. Because French is the most common European language spoken in much of the region, many interviews will appear here in French.

If you discover any books, compact disks, or films which came out in the last twelve months and which you think fit the above criteria, please drop a line to bard@voicemagazine.org. If I agree with your recommendation, I’ll thank you online.

REVIEW – MASTERS OF DEATH: The SS-Einsatzgruppen and the Invention of the Holocaust