Features
The Voice
Saturday Night at the (Old) Movies – Romance in the Air, Part I: Romantic Dramas

The experience of human love is universal, passing barriers of time and social custom. It’s no surprise, then, that romance films are some of the most watchable old movies around. This February, in honour of Valentine’s Day, we’ll fill the month with romance by enjoying classic romantic dramas and comedies. Watch them with your lover, or with a good friend; what a great way to introduce those we love to the world of classic film!

Some of the most enduring movie classics are sweeping romantic dramas exploring human love against a backdrop of war or social status. This week, we’ll look specifically at some of the love stories that have stood the test of time. From the Civil War-era American south to the African jungle, romance is a timeless theme, one that continues to inspire filmmakers and moviegoers.

It’s not surprising, then, that two of Hollywood’s most famous films are romantic dramas. Gone With the Wind (1939), the epic Civil War romance, is considered one of the most popular films of all time. Set in the American South during the Civil War and post-war reconstruction period, it follows the fortunes of strong-minded Southern belle Scarlett O?Hara and her turbulent affair with rogue Rhett Butler. Deeply passionate, with elaborate cinematography, Gone With the Wind runs long but is worth the time!

Trivia: The scene in which the Atlanta Depot was burned cost $25,000 to film. It was filmed on a studio backlot, and the structures that were set on fire were actually old film sets that the studio wished to clear off its property. One of these sets was the wall from the 1930’s King Kong.

The other top romance film is, of course, Casablanca (1942). Rick (Humphrey Bogart) runs a bar in German-occupied Morocco. He calls himself a neutral, serves drinks, and pretends not to notice the illegal gambling and the resistance activities going on in the club. Then one evening, who should walk in but his former lover, Ilsa?with her husband. they’re seeking papers to flee the country. When the romance between Rick and Ilsa rekindles, Rick is torn between using the papers himself and giving up his former love to help a greater cause.

Trivia: Ingrid Bergman (Ilsa) was actually two inches taller than Humphrey Bogart. To make up for the height difference, the filmmakers ensured that during their scenes together, Bogart was either sitting on pillows or standing on platforms to give the illusion of height.

War is also a backdrop to 1951’s The African Queen, which we discussed more fully in the World War I installment of ?Saturday Night at the (Old) Movies.? Here, the romance between prim missionary Rose (Katharine Hepburn) and coarse boatman Charley (Humphrey Bogart) is played out on a boat travelling down a river in the heart of Africa. ?Mismatched lovers? was a popular theme in old romance films, but usually tended toward the comedic. The African Queen follows a similar theme, but although there is some humour, It’s truly a drama of love despite past background and present adversity. 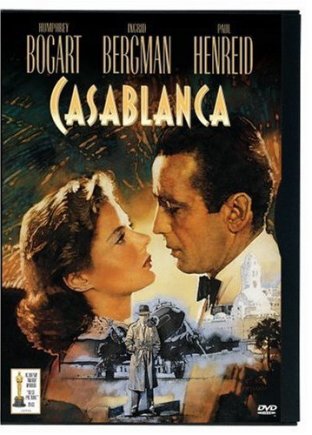 Trivia: The scenes aboard the African Queen were filmed mid-river on a raft with a fake “boat” on top. The boat parts were movable to make it easier for camera and crew to manoeuvre.

There’s a similarly mismatched couple in Roman Holiday (1953). Young Princess Ann, in Rome as part of an exhausting European tour, has had enough of official business. She sneaks out of the palace where She’s staying, determined to see the city. Then she meets Joe, an American reporter who’s out of favour with his editor. She doesn’t know his background, but he guesses her identity and realizes that his experiences sightseeing with the runaway princess could make his journalistic career. It’s a clever plan, but only one thing could go wrong: they could fall in love.

Trivia: Although in older versions of the film, the screenwriter is listed as Ian McLellan Hunter, Hunter was actually fronting for the real writer, Dalton Trumbo. Trumbo, one of the “Hollywood Ten” blacklisted by the entertainment industry for Communist leanings, wrote the script from Mexico, where he’d moved after serving his sentence for refusing to testify before Congress about Communist sympathies in Hollywood. Hunter was awarded the Oscar for Best Screenplay for Roman Holiday, but in the 1990s the Academy awarded Trumbo his Oscar posthumously.

Class also plays a role in Wuthering Heights (1939), along with a good mixture of pride, greed, passion, and revenge. Young Cathy’s father takes in a homeless gypsy boy, Heathcliff. The two become playmates and fast friends, but their evolving romance is thwarted by Cathy’s ambition and Heathcliff’s pride. Their passionate love affair continues, but has become twisted by pride and revenge into something destructive. Look for beautiful production quality as well as a good story; this film won an Oscar for its incredible cinematography.

Trivia: Although they played passionate?if doomed?lovers, Merle Oberon (Cathy) and Laurence Olivier (Heathcliff) allegedly loathed one another, fighting between takes.

Another classic romance is Breakfast at Tiffany?s (1961). Audrey Hepburn’s character, flighty and naïve socialite Holly Golightly, fears permanence and commitment in all its forms. Then she meets Paul, a writer who turns her world upside down. Holly’s odd ways and gold-digging tendencies aside, She’s a sympathetic character and is masterfully portrayed by Hepburn.

Trivia: The Tiffany’s scenes were actually filmed inside the famous jewellery store itself. They were filmed on a Sunday, when Tiffany’s was closed to the public. 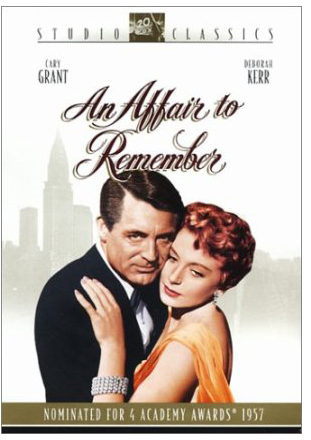 Most Sleepless in Seattle fans are familiar with the storyline of An Affair to Remember (1957), but the classic romance itself is a must-see. Nickie and Terry meet while travelling by ocean liner to Europe. They quickly fall for one another, but there’s a catch: both are engaged to other people back home. Feeling guilty about their respective fiancés, they make a pact that if they are still in love with one another, they will meet again in six months? time at the top of the Empire State Building. Nickie ends his engagement with his heiress fiancée and is ready and waiting at the top of the building. Terry doesn’t arrive, but, unknown to Nickie, She’s been involved in a terrible accident. Will their love affair ever exist in more than just their memories?

Trivia: Who can forget the Sleepless in Seattle scene in which Meg Ryan and Rosie O’Donnell sob over the ending of An Affair to Remember? But they weren’t the only ones who reached for the tissue box. Cary Grant, who played Nickie, later admitted that he, too, would cry at the film’s end.

Another sweet romance, City Lights (1931) tells of Chaplin’s signature character, The Tramp, and his love for a blind young flower seller. Determined to win her heart, pay her bills, and perhaps even cure her blindness, The Tramp sets out on a series of misadventures, including an on-and-off friendship with a millionaire who only recognizes the friendship when he’s drunk. It’s a heartwarming story, and since it is also somewhat comical—it is a Chaplin film, after all—it provides a good bridge to next week’s romantic comedy reviews.

Trivia: Although the silent film era essentially ended in 1929, Chaplin?who was part owner of United Artists and had the resources to produce a film on his own?decided to make City Lights a silent picture nonetheless. Despite its lack of spoken dialogue, the film was greeted enthusiastically by viewers (including, at the Hollywood premiere, Albert Einstein and his wife). It has been critically acclaimed by directors from Orson Welles to Woody Allen and remains a favourite.

Romance movies are the perfect vehicle for changing a cold, dreary February into a romantic escape. Next week, we’ll continue looking at love stories, but we’ll shift our focus from the dramatic to classic romantic comedies. Until then, happy watching!