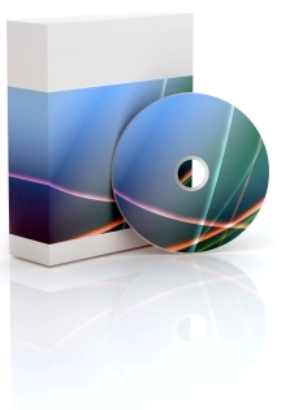 I’m one of those people who bought a new computer a couple of years ago and found themselves immersed in the never-never land called Vista. I was quite excited to be at what was then considered the cutting edge of technology. That feeling lasted all of about 30 minutes. Then, Vista became vexing.

I won’t bore you with all the intimate details, but Minnie, the springer spaniel, went from being the innocent babe of the puppy world to a competent swearer in bark language over the course of the first six months of her life. Sooky Treadlight, the cat, winced in her basket as I threw things when the computer asked for the seventieth time: ?Are you really sure you want to do this?? They both hid under (separate) tables when the inevitable blue screen of death reared its ugly head, knowing that I’d start foaming at the mouth. They put up with my endless and unanswered question, ?Why does it take over four minutes just to get to the ?welcome? screen?? When the arrival of Windows 7 was heralded, I almost wept with joy.

Not that I rushed out to buy it. Once bitten twice shy, as they say. I waited all of two minutes before running to the Internet to check out the initial reactions of the computer geeks. The comments all seemed positive and encouraging. Then I discovered that because I was enrolled in university courses I was eligible for a Windows 7 upgrade for $40. Sold! I signed up and downloaded. And then read the instructions.

The computer geeks on the web seemed to be unanimous that a ?clean install? was preferable over an upgrade. A clean install meant wiping the hard drive clean. An upgrade just wrote over what was already there. A clean install, they said, meant that all the junk your operating system had accumulated over time got erased, including that insidious little virus you didn’t even know was there but which had been slowing your system down. Sold again! I set aside the New Year’s weekend to accomplish the task. A New Year to wipe vexing Vista off the face of the earth. I could hardly wait.

It turns out that you do have to wait when switching operating systems. The difference between an upgrade and a clean install is that with the former you lose a little and with the latter you lose a lot. So, step one means putting everything That’s near and dear to your heart somewhere else. ?No problem,? said the perky little instructions, ?please use the Windows file transfer program, especially designed for just such a purpose.? Check.

?Are you sure you know what You’re doing?? cried the little voice in my head. ?Not really,? was the honest response. Okay, so the first time I got it wrong and installed the Windows 7 system alongside Vista (don’t ask: you need to be really ?clever? to do that, apparently) and ended up with not enough hard drive space to install the backed up information. The second time all appeared to go well. Of course, you learned from your mother that appearances can be deceiving, didn’t you? Mother was right.

Oh, and you do know that the email attachments live in a different condo than the email they came with, right? Well, good for you, because I didn’t. Saved all the emails, lost all the attachments. And given that most of the emails with attachments exalted such illuminating information as ?just see attached,? this turned out to be a bigger problem than I imagined.

Nevertheless, I now have Windows 7 installed. I get to legitimately say ?What email attachment?? I smile sadly and sigh, ?Sorry, I lost your email address in the shuffle which is why I no longer acknowledge your existence.? I sound knowledgeable when I hold forth about clean installs versus upgrades, even though I’m still not clear what the difference is other than one requires more work and grief than the other.

Would I do it again? In a heartbeat. Anything’s better than Vista. And I mean anything. Minnie sleeps soundly without the interruption of cursing and swearing. Sooky’s gone back to ignoring us both. All is well with the world.