CD: Corin Raymond, There Will Always Be a Small Time

?I went down to the record store

the record store weren’t there no more

and though I hate to see it go

I guess that don’t really bother me

I pay my bills and drink for free

I’m selling records of my own

The music’s gone back home again

Nowadays we’re playing in the parlours like the way they used to do? 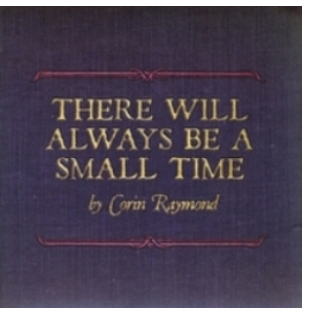 Corin Raymond, ?There Will Always Be a Small Time?

I love the way this guy helps himself to a massive smorgasbord of pop and roots styles. His albums are like heavenly kitchen parties where Roy Orbison, Hank Williams, Van Morrison, Bob Dylan, Zachary Richard, Fred Eaglesmith, and Tom Waits are sitting around trading tunes.

From the sweet, ardent ?Micheline? to the triumphant ?Better Him Than Me? to the small-time musicians? anthem ?Stealin? My Heart? this album is not about Pollyanna happiness. There is a hard-won, unconditional serendipity here, a conscious choice to be joyful in spite of everything. In spite of yourself.

The theme of this album is ensconced in the title, and the CD booklet cogently elaborates, bearing witness to a movement afoot in the world at large to reverse the historical events of the early ?60s, when the folk music movement grew like a bubble before it was unceremoniously burst by the British Invasion.

We’ve reached a point where all the technology and capital and hype in the world will not draw audiences from the host of humble modern troubadours now making a modest living performing live in communities big and small. Corin bears witness.

?I love a travelling show

leavin? trees in the road and the power down

leavin? wind-torn branches strewn all around

like a carnival ground in the town they leave behind

every storm is a vagabond? 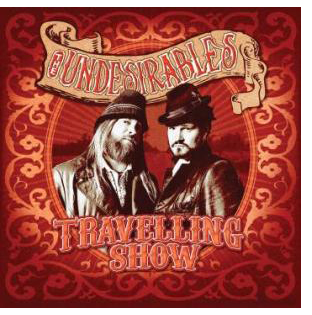 This album exhibits the same philosophy as the last but with the generous addition of an infectious dance-ability and party-hearty zeal that will carry you through a case of the blahs in half no time.

The incongruity of the macabre ?Night Train,? the ominous tone of the suspicious, brooding lover in ?Sippin? Strange Wine,? and the thoroughly haunting ?Singing Bones? just add to the fun, but most of this album comprises rollicking tunes sung to creative and enthusiastic accompaniment.

If You’re not in your cups or speeding down a highway while playing this CD full blast you’ll do well to read the lyrics at least once while listening. Lots there to chew on.

There Will Always Be a Small Time and Travelling Show manifest four of The Mindful Bard’s criteria for music well worth a listen: 1) they are authentic, original, and delightful; 2) they display an engagement with and compassionate response to suffering; 3) they inspire an awareness of the sanctity of creation; and 4) they provide respite from a sick and cruel world, a respite enabling me to renew myself for a return to mindful artistic endeavour.