The Dead Sea Scrolls: A Tale about Love in Retrospective, Acustronica, 2010

?They danced the dance of the outcasts for the outcasts who watched them, amid the louring trees, with a blizzard coming on.?

from the movie DiG! and soundbitten into ?People’s Faces,? Fort Fairfield, The Dead Sea Scrolls

Once upon a time there were two brothers named Tom and John Lück who lived in a mystical-magical kingdom called Jönköping on the southern tip of Sweden’s storm-tossed Lake Vättern. For much of the year it was dark and cold and the mountains loomed and the wind howled and the water turned to ice and the landscape was desolate and bare and the first step outside your door yanked the will to live right out of your shivering chest.

A conventional reaction to the cold would have been to wait it out on the couch with reruns of The Brady Bunch while noshing breakfast cereal out of the box, but the Lück brothers chose instead to contemplate foreign films, local birds, world subcultures, and the beauty of the great luscious void that is reality. And to create weird, introspective washes of electronic sound punctuated with sound bites culled from God knows where. (I didn’t want to know?that would have spoiled the mystery?so I didn’t ask, but they sound like snippets from police scanners, ?60s soul tunes, films, and overheard conversations.)

The track titles are poetry (e.g., ?The Forest Awakens at Night to Reveal Another World?), enhancing the evocative nature of the sounds, and the cover 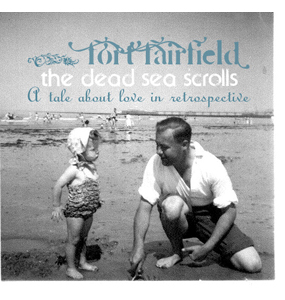 art is a delightful black and white ?50s memorabilia photo of a man and a toddler on a beach, apparently having little to do with the album title or, as far as I can see, any of the content. I love it.

I remember listening to this kind of slow, sweeping synthesized music during the ?80s on Brave New Waves and Nightlines on the CBC when I was working the night shift at the local airport. If another dispatcher happened to be present then three in the morning bore witness to the most bizarre conversations I’ve ever shared in.

My favourite was when a middle-aged father of two turned to me from a bastion of shiny, humming buttons and knobs and mused: It makes you wonder what life is all about. And where are the descendants of Jesus Christ?

With synthesized musical angst droning on in the background, such questions were unnerving but utterly appropriate.

Lots of similarities between Swedes and Canadians, like latitude, love of the outdoors, a melancholy streak, and, best of all, the tendency to feel like You’re not really alive unless You’re experiencing bitter cold, physical exhaustion, and the fear of death.

The Dead Sea Scrolls is available for free download until February 28, 2010. Get it, listen, and watch your soul grow deep.

In Conversation With . . . Fort Fairfield

Women You Should Know – Louisa May Alcott