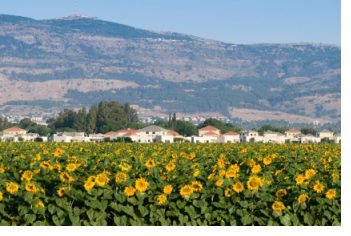 The concept of ?school smart? as compared to ?life smart? permeates every corner of society and the schooling that takes place within it. From elementary school onward, students feel a conflict between what they will actually use in the ?real world? and what they are being taught in class. It is interesting, then, to find other cultural settings where practicality and academia are closely linked. One such instance of interdependence between work and school is found in the Israeli institution of the kibbutzim, or collective farms.

There are about 270 kibbutzim in Israel, with the first being established in 1910. Kibbutzim are located in all regions of the country, ?from the Lebanese border in the north to near the Red Sea in the south.? In geographical terms, the early settlers established themselves ?wherever land could be bought, most often on desolate wasteland or inhospitable swamps.? The basis of kibbutzim was agriculture. Jewish people arrived from Eastern Europe with little money but a socialistic belief that collective faming could work.

They also were Zionists, who believed in the God-given right of Jewish people to have their own country in Israel. ?Returning the Jewish people to the soil and to nature was a vital part of the Zionist revolution.? Just as populating what is today Israel with people of Jewish descent was seen in part as a religious mission, so too did ?making the desert bloom? seem like a fulfillment of God’s will. The contributions of the kibbutz collectives range from ?irrigation to pest control, from cotton growing to dairy farming, from fish breeding to tropical fruits, from flower growing to desert cultivation.?

An important part of the kibbutz? collectivist ideology was its education system. To understand the way kibbutz schools were run it is useful to look at the orientation of the kibbutz movement as a whole. Not unlike a church with its Sunday-school component, kibbutz schools were contained within a perspective that held that all aspects of people’s lives were part of an organic whole. Overall the kibbutz ideology was based around ?direct democracy? and principles of mutual aid. The idea of ?tilling the soil of their ancient homeland and transforming city dwellers into farmers was an ideology, not just a way to earn a livelihood.?

Along these lines, educating young people was not only about teaching them ?facts of life? or the ?ways of the world?; schooling was directed toward actively creating the world in the image of a desired model. Just as society is created and recreated according to how we perceive social reality and human nature so too were the kibbutzim created by a conscious world view. It is relevant that by making their points of perspective obvious and aware, the kibbutz did what our society rarely does: admit that all action occurs within particular ideological orientations. There is no outside, no social truth ?out there? waiting to be found. The way pupils are taught either reproduces or challenges prevailing social norms, values, and behaviours.

Maintaining their own schools meant that daily kibbutz life’s agricultural activities would almost invariably play a part. In part as a result of the rhythmic and seasonal nature of farming, and in part because the founders did not wish to enforce authoritarian norms, schools held a ?less formal atmosphere? than those of the surrounding areas. This may have nurtured students? creativity; ?a high percentage of the leading figures in all fields of Israeli culture are products of kibbutz education.?

High-school age pupils were expected to ?devote one full day each week to work in a branch of the kibbutz economy? and this requirement furthered a sense of belonging to larger society. Sociologically speaking, solidarity is always formed by participating in activities beyond one’s immediate life circle.

The beliefs of the kibbutzim founders were transmitted into the curriculum. Above all, an emphasis on ?cooperation in daily life? and involvement in duties and decision-making within ?age-appropriate tasks? led students to experience a relatively seamless transition into adulthood on the kibbutz or, if they chose, to move away into the outside world.

The degree of interaction and involvement with the outside world was a subject of debate within the kibbutzim. Today, ?elementary schools are usually on the kibbutz premises, while older children attend a regional kibbutz high school serving several area kibbutzim, in order to experience a broader range of academic subjects and social contacts.?

Historically, however, a greater degree of isolation was the norm. A resulting ?size dilemma? led to debate about how integrated with the surrounding Jewish society kibbutz schools should be. Probably today this issue is best illustrated by the way in which school boards try to allow for practical training, such as in trades and culinary fields, at the high school level. For the kibbutzim, though they were generally self-sufficient, outside social influences were still important. Young people may have felt isolated at times and this isolation may have led them to see the world differently than their peers did. Certainly in an era prior to mass media young people would not have shared in a larger cultural world view.

Today, kibbutzim have been forced with a world in which socialistic and communal mentalities have generally not thrived. As such, kibbutzim have ?adopted various methods of administration and organization to adapt their economic structure to the needs of the times without losing a sense of mutual responsibility and equality of work.? Instead of traditional money and banking, kibbutzim members typically ?allot themselves a predetermined amount of credit each year to spend as they wish.? Students brought up in this sort of environment, with less focus on money and competition, perhaps paradoxically find themselves more able to express themselves creatively.

In recent years there has been increasing numbers of people seeking to join kibbutzim, and today there are 20,000 ?children under the age of 18? registered as kibbutz inhabitants. This number would be higher were it not for a ?lack of housing for absorption.? This demand for a life and education that is at once practical and self-affirming perhaps lends credence to Ivan Illich, a theorist of education, who once stated that ?we have come to realize that for most men the right to learn is curtailed by the obligation to attend school.? Perhaps to a certain extent the kibbutz, with its synthesis of practical and academic education, has overcome the barrier that tends to separate ?life smart? from ?school smart.? 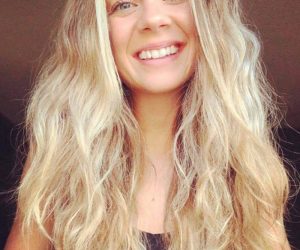 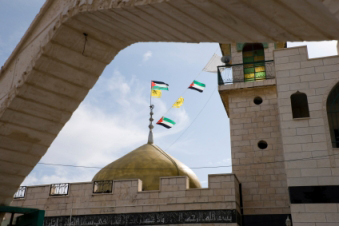