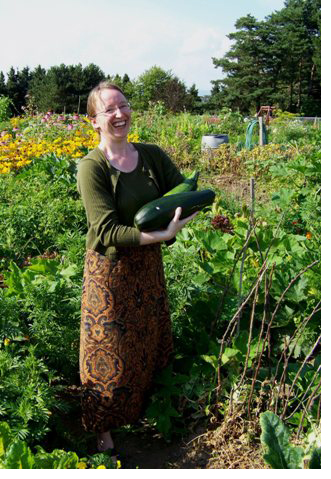 ?I’m intrigued by the people drawn to Athabasca,? says AU student Emily Hines. She adds, ?It’s usually people who are willing to think outside the box.? Emily, now in her fourth year of the Bachelor of Arts in French program, is herself a good example of a creative learner. She took advantage of AU’s flexibility and brought her courses on the road, moving to Quebec for several years to increase her fluency in French language and culture. Here, she explains how involvement in the francophone community has enhanced her education. She also gives suggestions for overcoming both isolation and the temptation to procrastinate.

Several years ago, Emily was seeking a change in careers. ?I was dissatisfied with my current job, accounting, and was looking for a new direction,? she says. ?My theory was . . . [that] if I could find something I enjoyed learning about, then chances [were] good it [could] lead me to work that I enjoy, too.? Realizing that she enjoyed languages, she considered studying French, but it wasn’t an easy decision: ?It took a lot of convincing before I took the plunge,? Emily says.

Emily was drawn to AU for its flexibility; she could just take a small number of classes in the evening while continuing to work. ?There was relatively little risk,? she points out. ?With Athabasca, I could give it a try without having to drastically change my schedule.?

It didn’t take long, however, before she was ready to commit to a degree. ?French has had an incredible role in the history of North America, and I find the language fascinating,? Emily says. ?After I’d completed the first French course, I was pretty much hooked!?

Over the past few years, Emily has sought creative ways to enrich her study of French language and culture. For example, while still in her first year of the program, the Alberta native moved to Quebec in order to immerse herself in the language. ?Athabasca gave me such flexibility,? she says. ?The courses can be completed anywhere, so moving . . . and continuing to study was quite feasible.?

Daily interaction in the francophone community gave her a linguistic advantage that would have been impossible to otherwise attain. ?I didn’t have much experience speaking or listening,? she says. ?The opportunity to use the language daily was priceless!?

Emily also found that immersion in the greater community changed her perception of French language and culture. ?I loved being able to live in Quebec and learn about a different perspective,? she says. ?The experience I gained . . . was invaluable.?

Another benefit: it reduced that sense of loneliness commonly felt among distance students. ?Distance education can be quite isolating,? Emily admits. ?I had some great tutors for my AU French courses, but it was a challenge not seeing them in person, especially for a language degree.? While in Quebec, Emily studied at Laval University concurrent with her Athabasca courses, allowing her to expand her course repertoire and immerse herself more fully in the francophone community. ?[It] was great for being able to meet people,? she says.

Although she has returned to Alberta, Emily hasn’t let her French fluency slide during the latter part of her degree. She’s discovered the University of Alberta’s francophone community, Campus Saint-Jean, and is enjoying taking concurrent classes there. It’s allowed her to go beyond the selection offered at AU, while retaining the ability to concurrently study her AU degree requirements. 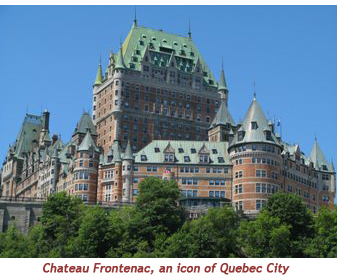 In the future, She’s hoping to do more travelling: ?Part of my motivation for learning French is that [it] offers me a window to see into other cultures,? Emily says. She’s considering teaching English in a French-speaking country, or doing some other overseas work. ?It may be a few years down the road!? she admits.

Procrastination hasn’t been a difficulty for Emily; studying something she loves has kept her motivated. Integrating a social aspect into her studies has also helped her to keep the flame alive. There are many opportunities in the greater community for volunteer work, something she recommends for its social and educational benefits. ?I really enjoyed . . . volunteering in [my] area of interest,? Emily says. ?Schools and community organizations are happy for the assistance, and I’m happy for the experience . . . It’s a win-win situation!?

?[Find] out . . . what [you] love and feel passionate about,? Emily says. Then, follow your dreams! ?The more I discover,? she says, ?the more interesting it becomes.?

Christina M. Frey’s got her schedule all worked out: everything comes before housework. When She’s trying to avoid doing the dishes, she blogs about life at The Twisting Kaleidoscope.