Columns
The Voice
The Mindful Bard – Getting Real: Challenging the Sexualisation of Girls

The Care and Grooming of an Object

From a neighbouring shrubbery emerged a nurse, leading by the hand a small boy, who howled as he went. An anxious-looking little girl trotted at her heels.

?What’s the matter?? asked the Director.

In Huxley’s speculated future children are conceived in test tubes and raised en masse like hothouse flowers, conditioned and trained from birth to respond in peculiar ways to specific stimuli. Love relationships once thought normal and healthy?parenthood, friendship, and monogamous sexual unions?are now considered obscene and disgusting in a world where the only purpose of sex is to illicit pleasure.

Western society is now dangerously close to fulfilling this scenario, and the way is being paved by media depictions of children and young teens that blur the distinction between adult sexuality and the far more vulnerable sexuality of a developing human being.

The depiction of children as sex objects arguably prepares society to accept the sexual involvement of adults with children. But the dangers are more complex and far-reaching even than this. Sending children the message that they are potential partners for adults is in itself a form of molestation, with all of the psychological and developmental hazards that molestation brings to its victims. Hence the now common practice of representing children as sex objects has earned itself the moniker ?corporate pedophilia.? 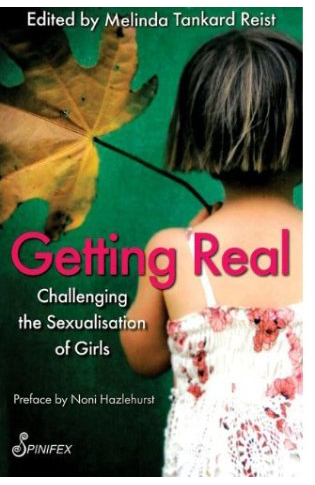 Consequences of this conditioning include eating disorders, academic underachievement, depression, low self-esteem, compelling young people to turn to potentially dangerous medical fads for cosmetic surgery and help with promiscuous lifestyles, hampering of normal development, a blurring of the lines between adult sexuality and the (quite distinct) sexuality of children, the desensitizing of the public to the horrors of pedophilia, and patronizing attitudes toward female self-determination. These consequences are clearly correlated with pressures to conform in the new ?free? world in which one’s worth is tallied by physical attractiveness, according to a standard of beauty defined according to extremely narrow terms.

It sounds a lot like Victorian times, only the rules have changed; where once women were ordered into strangling corsets and motionless sex, females of fewer and fewer years are now directed to embrace lives of loveless surrender to the whims of men and a corporate agenda.

Renate Klein presents an excellent attitude check to the flood of images that haunt young women and girls. She recommends rejecting the rejecting messages and learning to love our bodies as they are. She quotes Elizabeth Reid Boyd and Abigail Bray from the book Body Talk (2005): ?It’s time we celebrated being strong and healthy and intelligent and creative.?

Clive Hamilton draws us away from the limited thinking that prescribes sex purely for either reproduction or pleasure, and points to a third, and much more meaningful, purpose for sex?union. The mind-body-spirit melding between two people in a loving, committed relationship is, he claims, the motivating force behind our culture’s obsession with sex even though the forms in which that obsession is expressed fall far short of the mark.

The absence of loving monogamy as a goal of sex is perhaps the most poignant reason why a culture of casual sex leaves people, especially the young, feeling confused, depressed, empty, and lonelier than ever: ?the evocation through sexual union of some mysterious power that holds the promise of ecstatic merger gives sex a significance that transcends every day experiences.? He argues that even consensual sex is a denial of our basic humanity, and that a culture that celebrates casual sex and rates all human beings, even children, according to their sexual attractiveness is a culture of meaninglessness.

Amen to that. So let’s turn this rig around. Several of the writers here recommend parental action, lobbying, and specific changes to public policy. But they acknowledge that even responsible parents, as Barack Obama recently pointed out, are sometimes all but helpless when they send their children into a society that is giving them all the wrong messages.

Kudos to Melinda Tankard Reist for bringing all these arguments under one umbrella and doing much to dissipate the confusion and ambivalence surrounding discussions of this topic.

Getting Real manifests seven of The Mindful Bard’s criteria for books well worth reading: 1) it confronts existing injustices; 2) it renews my enthusiasm for positive social action; 3) it gives me tools enabling me to respond with compassion and efficacy to the suffering around me; 4) it displays an engagement with and compassionate response to suffering; 5) it inspires an awareness of the sanctity of creation; 6) it is about attainment of the true self; 7) it poses and admirably responds to questions which have a direct bearing on my view of existence.

In Conversation With . . . Melinda Tankard Reist, Part I