?Great feelings take with them their own universe.?

Albert Camus, The Myth of Sisyphus

On what we called our ?Aleatoric Soirées? my best friend Lorrie and I used to sit around of an evening on the floor of her damp basement apartment in the building where we both lived and ping bottles and play penny whistles and sing in harmony and otherwise emit a host of weird sounds to our hearts? content and record it all on a crappy little tape deck and make our friends listen to it afterwards.

We were heavily into Glass and Cage and Reich at the time and would probably have gone on making music like this forever had we had the musical training and also been able to endure the sheer level of concentration required to make this kind of music. It’s not enough just to get into the zone?you’ve got to stay in it until it makes you half crazy, and this is just as true of listening to the best, i.e., most authentic, experimental music.

I’ve recently discovered a couple of free downloads that I’m proud to say have driven me just a little more over the edge. 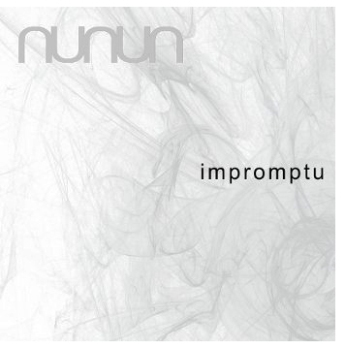 Cesare and Massimo Discepoli comprise the duo Nunun, whose aptly named Impromptu gets you to a space where you can passively (well, not really, it takes some effort to get the full good out of this album) escape from the crushing normalcy of the everyday world.

You’ll hear a layer of what sounds like nature or even industrial sounds and other less describable tones, often at no definable rhythm, layered over a standard rock or world beat layered over an ambient bass line or super-simple chord sweep. As far as I can tell It’s mostly improvisational. There’s a slow rising plane of emotional intensity and a soothing tenderness to these five tracks, which are really 30 minutes of brilliant music cut up into five juicy hunks.

This is music to listen to when life crowds in on you. You need this. It’s wide open. Enjoy.

Dancing With the Dark Tempest

There is some instrumental music that seems to be trying to talk. And it does talk, but not in so many words. This is the kind of music that forms pictures in your head, somehow assures you that all is right (or not right) with the world, or that brings some new truth to light in your stubborn little self-righteous brain.

The three tracks on this EP start out, in the title track, with what sounds like a metronome, a ticking clock, and a needle tracing the almost silent beginning (or ending) of a vinyl record. The emerging music of this title track is absolutely poetic. The piano and harp ground the avant-garde progressions in a nostalgic poignancy as sweet as dried roses.

And ?Brahmans Son? is a beautiful garden of enchantment.

Listen to this music while you meditate. It says all that you need to hear.