For many years Moroccan-born Amir Ali represented Morocco with his band Mo? Rockin? in the Morocco Pavilion at The Epcot Centre in Walt Disney World in Florida and has also played at many large venues in the United States. He has performed with Al Di Meola, Cheb Khaled, and many other notable musicians.

?I call my music ?Moroccan contemporary music?,? he says. ?It’s a modern blend of the traditional melodies and lyrics from Morocco. My music has no political or religious conflicts whatsoever. My music is for everyone?Muslims, Jews, Christians, and nonbelievers.?

Ali returned to Morocco six months ago and now makes his home in Casablanca.

?After 25 years abroad I returned to Morocco because I had become a big household name there, with hit singles on the radio and television and lots of opportunities to perform at concerts and festivals. The most important reason was to be close to my mother and the rest of my family. Besides, Morocco today holds the biggest number of known world-renowned festivals.?

Ali says that his social conscience does not influence his music, but his charitable activities reveal a compassionate heart. Because his motherland has been so good to him, giving him plenty of opportunities to play at festivals, concerts, and private parties, he’s more than ready to be generous in return. 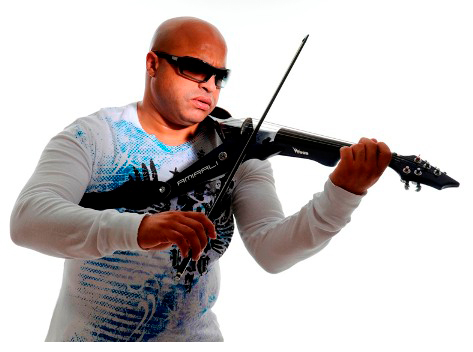 ?I’m a member of an association called don’t Touch My Son, created by a woman whose son was abused by his teacher. The association gave me an award last month; I had performed for them at a big event and they gave me an award of appreciation. That touched me and I wanted to do more.?

?Recently,? he says, ?I’ve been working with Rachid El Ouali, a famous Moroccan actor, on a song for children with cancer. we’re doing a music video and we’re going to be performing the single in hospitals all over Morocco.?

Amir grew up in the city of Meknes in Morocco. He remembers becoming enamoured with music at the age of seven and beginning to learn to play the violin the same year.

?I was passionate for music,? he says. ?I studied music theory, classical violin, oud, and all kinds of traditional and modern Moroccan and Middle Eastern music for eight years in Morocco before migrating to the States. I play violin, oud, and all of the Arabic percussion instruments.

?Actually, the instruments chose me. In life you try different things and the thing that responds to you best is what You’re made for and That’s how I became a violinist, an oud player, and a singer.

?My musical style emerged from my vast musical experience in Morocco and then later from the musical integration I experienced during my career in the States, touring with the great Al Di Meola as well as touring and collaborating with five-time Grammy winner Victor Wooten and many others. The list is huge.?

?Most of my favourite books are in French, except for the book The Music Lesson by long-time friend Victor Wooten. Recently I enjoyed the movie The Secret. I love Egyptian music, Moroccan, jazz, funk, fusion, salsa, and many more musical genres.?

?I blend jazz and Arabic music in my chord progressions and in my way of writing as well, applying the bass lines the right way; we didn’t have that before in Arabic music, but many have done it and I happen to be one of those artists.

?It’s clear that in the Arab world It’s the Moroccan musical genres that are closest to jazz.?

In May Amir will be on stage at the Mawazine Festival in Rabat, Morocco, a major music festival at which many world-class musical acts including Sting, Hamid El Kasri, Kathy Mattea, Santana, Alpha Blondy, Mika, and Al Jarreau will also be performing.

Maghreb Voices – A.T.B.: A Blogger on Blogging on Morocco, Part I