The Sweet, Slow Unveiling of Our Magical, Delectable Planet

?The only word that mattered to me at the time was terroir?but today I know that a terroir exists only by virtue of one’s childhood mythology, and that if we have invented these worlds of tradition rooted deep in the land and identity of a region it is because we want to solidify and objectify the magical bygone years that preceded the horror of becoming an adult.?

A Dalmatian whose furry dappled crown smells of warm brioche and plum jam, a thoroughly splendid luncheon at a farmhouse in the Normandy countryside, the sensual pleasure of basic homemade mayonnaise . . . A series of Proustian memories unfold for internationally lauded food critic Pierre Arthens as he lies dying.

What is the elusive food that Arthens craves on his deathbed? He takes turns reminiscing about his most divine experiences with food as friends, family, and servants describe their own ambivalent feelings toward a man who in spite of the gift of his genius to the world has, like Leonard Cohen’s beast with his horn, torn everyone who has reached out to him. His nephew Paul observes that here is a man who has rejected all of the human beings in his life and is now in the process of rejecting all of the food that he ever loved. 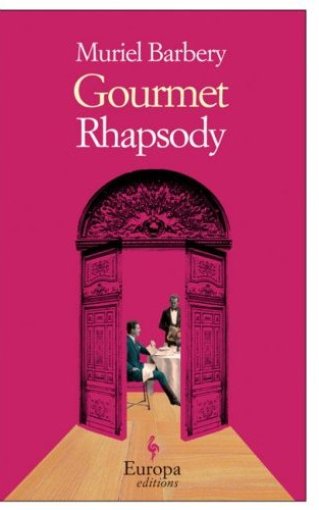 If you are a lover of good food you will nearly swoon with delight at the artful descriptions of food tastings in this marvellous little novel. If you aren’t a food lover then It’s hoped that this book will make you one.

At the end of every brilliant rhapsody on some divine food or drink Arthens, right up until the end, dismisses every flavour with something like this: Yes, that was spectacular, but It’s not the thing that I am craving now.

Arthens’s food reminiscences, like Shakespeare’s Cleopatra, create in himself and in the reader a hunger where most they satisfy. Barbery swaddles these experiences in the most enchanting literary terroirs, spectrums of sensibility as lovely and complex and soul-satisfying as the rural French landscape is to a bottle of fine burgundy, a fully rounded sensory experience culminating in the ecstatic gratification of the nostrils and taste buds. In the end all of these experiences point to a deeper reality.

It isn’t long before you ask yourself if this is a book about food so much as a book about writing about food, or even about writing in general. The writer is keenly aware of the creative urgency of the attempt to capture fleeting experience in words, knowing that the words at least will outlast the ephemera of feeling, carrying with them a whiff of the essence of a joyful passing moment, and in the end often becoming more beloved than the moment itself.

Pierre asks himself what men live for if not bread. Jesus (quoting Deuteronomy) reportedly repudiated his accuser by saying that man lives by every word that proceeds from the mouth of God. And thus, in this sidelong reference to an ancient text, Barbery lovingly references her vocation by asking the question that leads us back to words, the terroir of experience, the swaddling bands of civilization itself.

Gourmet Rhapsody manifests nine of The Mindful Bard’s criteria for books well worth reading: 1) it is authentic, original, and delightful; 2) it confronts existing injustices; 3) it makes me want to be a better artist; 4) it gives me tools which help me be a better artist; 5) it displays an engagement with and compassionate response to suffering; 6) it inspires an awareness of the sanctity of creation; 7) it is about attainment of the true self; 8) it provides respite from a sick and cruel world, a respite enabling me to renew myself for a return to mindful artistic endeavour; and 9) it poses and admirably responds to questions which have a direct bearing on my view of existence. 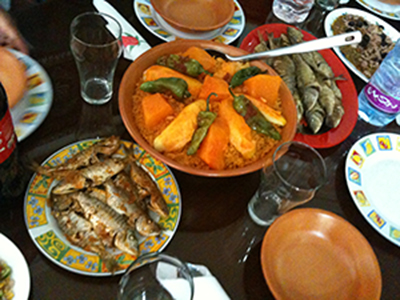