News & Events
The Voice
Click of the Wrist – Glee Songs

April 13 marked the return of the sleeper hit Glee. It’s one of those rare TV shows that deserves the praise heaped on it, and this week we take a look at the inspiration behind all those tunes. Because sometimes, you just can’t beat the original.

This might be one of the most recognizable tunes from the Glee soundtracks, but nobody does it like Freddie Mercury, Brian May, John Deacon, and Roger Taylor. Otherwise known as Queen.

Yes, the ?80s had bad hair, leg warmers, and way too much spandex. But the decade also had some catchy songs, including this one. If you can handle the dubious mix of harem pants and spandex, you’ll probably enjoy this official music video by Salt-n-Pepa.

Bill Withers wrote this song, but some people may be more familiar with the endless cover versions of the tune, by artists as diverse as Michael Bolton, Club Nouveau, and Sheryl Crow. If you’ve forgotten how good the original is (or you’ve never heard it), feast your ears.

Leaving on a Jet Plane

John Denver wrote this song, but perhaps the best known cover is by Peter, Paul and Mary. This clip doesn’t boast much as far as visuals go. But It’s not really about that, is it? 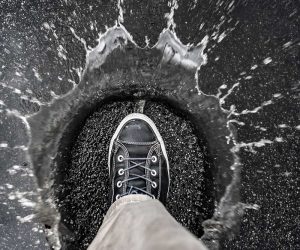