Articles
The Voice
In Conversation With . . . Christos Stassinopoulos, Part II

Christos Stassinopoulos is a Greek tenor opera singer and actor with a distinguished career in theatre, television, radio, and film. The Walt Disney Company selected him as the voice of Aladdin in the Greek dubbed version of the animated movie and its sequels and as the dubbed voices for Tweedledum and Tweedledee in Alice in Wonderland. He is also the Greek voice of Aladdin in the television series.

Selections from his latest work, Four Centuries of Songs, (not yet available for distribution) can be heard on his website, MySpace page, and YouTube channel. The songs were selected from a number of cultural epochs from the Renaissance until today and are stunning examples of an astonishing natural gift honed by excellent training and an artistic sensibility at once earthy and refined. Recently Christos took the time to talk with Wanda Waterman St. Louis about religion, favourite singers, and artistic self-care.

The Care and Feeding of a Tenor Voice

Honestly I do nothing! I drink cold water even in winter, and I don’t consume egg yolks.

I do train consistently with my vocal teacher twice a week and I also rehearse with my pianist twice a week.

When I sing I strive to honour the composer, to serve the style of the various eras of music with no operatic mannerisms or vocal vanity, and above all to touch even one listener’s heart and take him or her on my trip to that other dimension. 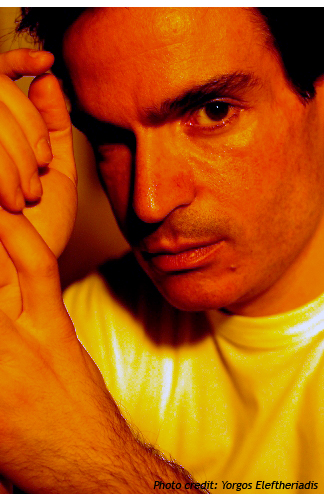 I’ve never had the chance to experience any ideal conditions, so I can’t say for sure what ideal conditions for creativity would be. The only certain thing I can say is that music has always been my small window to light even during the darkest moments of my life.

I’m an agnostic, not at all religious. For thousands of years religion and politics have been tools in the hands of rulers to manipulate the people, causing endless pain, segregation, and loss.

I strongly believe in humanism, tolerance, individual free will, respect for one’s neighbour, acceptance of diversity, multiculturalism, and progressive thinking. My social conscience affects all my choices and my stand on life.

Letters to the Editor – Bravo Christos!

In Conversation With . . . Christos Stassinopoulos, Part I