Columns
The Voice
From Where I Sit – Beats Me

Have you ever been baffled by life? I don’t mean the really big life questions; just the niggling little ones. Like why Roy and I can be in a car on our way to file income tax in a town 50 kilometres away, and be in that comfortable, relaxed silence (born of 37 years of wedded bliss) until I whip open the book I’ve brought along and suddenly he morphs into Chatty Cathy. Why is that? Where were the questions and observations before then? Is it some recessive gene in men that forces them to act in ways that irk a good woman? Or will his dying memory of me be me with my nose in a book and he just wants equal time?

Have you ever felt like a living, breathing, walking, talking personification of Murphy’s Law? You could be the poster kid for the concept of anything that can go wrong, will go wrong. The waitress screws up your order. The lotto ticket checker says ?Sorry, does not appear to be a winner? for the three thousandth consecutive time. Your dog has fleas. You can’t bend your knees. Everything you touch crumbles. Your stomach rumbles. Everyone mumbles. And You’re damn sick of it.

Or maybe the opposite is true. You can’t believe that a scoundrel like you could possibly be living such a charmed life. Pay raises come unbidden and with clock-like regularity. You cashed in on one of those contests you never entered and You’re just now waiting for the kazillion pounds sterling that are on the way to you.

Your cat had kittens and you want every last one of them because there’s no such thing as too much of a good thing. Your favourite aunt (you know, the one who is loaded) is ailing and it won’t be much longer now before you find out how much You’re to inherit. You’re hale and hearty and going to live long enough to spend your riches.

Have you ever wondered how saying yes to one small thing can snowball and take on a life of its own? You agree to sit on a board of directors that allegedly meets every second month. You’ve no sooner done your orientation and accepted a foot-high pile of acts, regulations, bylaws and policies, than you learn the meetings are now a week apart and involve time-sensitive, specific, individual projects in between. When you factor in time spent emailing and on the phone, you discover you’ve spent more time with your fellow directors than your own loved ones since you signed on in a moment of insanity. And there are only three years left in your first term!

I like to think I’m a pretty smart cookie who notices what’s going on and learns from past experience, but I’ve gotta say this stuff has me baffled. Is it wishful thinking that this time will be different? That the person you’ve known for the majority of your life will somehow change. That bad stuff will stop happening in threes. That those irksome people in your life won’t keep reappearing (in a new incarnation) just when you think You’re done with them. Beats me, from where I sit. 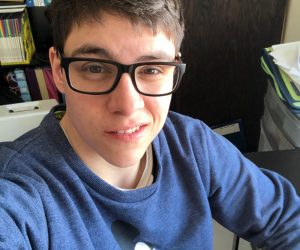