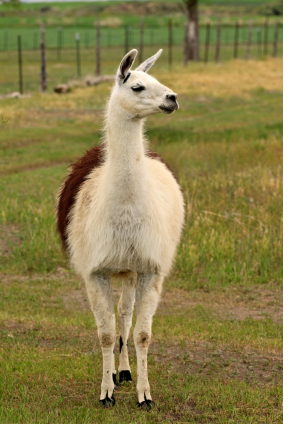 Did you know that llamas are afraid of pigs? We didn’t. Not until we brought the pig home, that is. And technically, the llamas aren’t afraid of all pigs, just ours. You see, our next door neighbour also has a pig?a much, much larger pig than ours, in fact?and our neighbour’s pig pasture shares a small stretch of fenceline with our llama pasture.

Last fall, we got our first pair of llamas. Both were big, round, fluffy females; one a chocolatey brown and the other pure white. The llamas soon discovered that if they stood by the stretch of fence they shared with Marigold, the neighbouring pig, and looked depressed, our neighbour would come over and give them treats. They like treats, and therefore also hanging out beside the pig pasture. Four more llamas later, our little herd still spent a fair amount of time back by ?Marigold’s corner? of the field.

The idea that llamas would be afraid of one pig but not another evidently didn’t occur to us prior to bringing our pig home.

Abby is a friendly two-year-old pot-bellied pig. She is perhaps one quarter of Marigold’s size, and does not seem to have a speed faster than waddle . . . waddle . . . waaaddle. But it turns out that no matter how slow-moving and harmless she may be, Abby is a holy terror to the llamas.

Have you ever heard a llama scream? I have. In fact, I was woken by one early in the morning, the very first morning we had Abby. And let me tell you, a llama scream is like the sound you would get if you crossed a horrified horse whinny with a disgusted duck quacking, only with a more nasal quality. And louder.

It’s also accompanied by seizure-like twitching as the llama shakes like a leaf. Immediately, the remainder of the herd notices this spectacle (as does everyone else for half a mile), and gathers around the terrified llama. As they follow her gaze, and see the imminent threat of a little porker lumbering across the yard, the other llamas too succumb to madness. They scream. They shake. And finally, they turn tail and run, crashing into each other in their hasty retreat.

Dolly is always the first llama to sound the alarm. Perhaps It’s because She’s our youngest female that She’s by far the most alarmist in the herd. She’s always joined next by Jamika, our oldest female and one half of our original llama pair, whose scream seems little more than a panicked chortle after Dolly’s piercing shriek. After Jamika, the boys pick up the cry, until the next thing you know, all six llamas are in an utter uproar, stampeding around the property.

We thought that once they’d been properly introduced and given time to adjust to one another, the shock of finding a new animal on the farm would wear off. Perhaps they’d get acquainted: after all, Abby was certainly willing to make friends, and the herd had been calm and social around Marigold for months.

After several months, however, we’ve been forced to conclude that the llamas do not adjust well to change. In fact, even after proper introductions, Dolly still sounds the alarm every time she sees Abby (which is surprisingly often, considering the amount of land they have available to roam).

Llamas stampede away, pig waddles off in a different direction, and after all of the ruckus settles down, we usually have almost an hour of quiet before the next time Dolly sees Abby.

Unless Abby happens to accidentally wander into the horses? field, that is. Did you know pigs are afraid of horses? Well, maybe not all pigs, but ours . . . 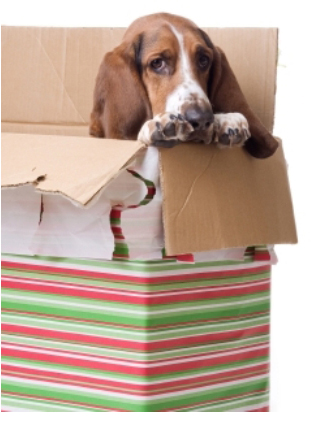