Articles
The Voice
Health Matters – Melatonin: Is It The Answer? 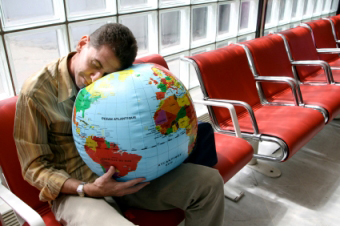 Jet lag. We’ve probably all experienced this less-than-pleasant phenomenon before: the insomnia, fatigue, and lack of coordination and focus. And although jet lag might be temporarily suspended for some by flight hold-ups due to Eyjafjallajökull’s activity, what can we do to alleviate jet lag when it does get a hold on us?

Why does jet lag occur? In a normal situation, our bodies are conditioned via complex patterns referred to as circadian rhythms. These rhythms match our current time zones; That’s why we (usually) feel hungry at lunch time, and feel ready for bed at night.

But when we cross time zones via west-east or east-west travel (north-south and south-north travel is not usually associated with jet lag), these circadian patterns are disturbed. Then, we’re hungry when everyone else in that time zone is sleepy. Or we’re sleepy when everyone else in that time zone is hungry. In short, you can think of your brain as being confused! And it takes time to recover that confusion, depending on the distance you’ve travelled. Usually, the jet lag recovery rule is one day per time zone in eastward travel, and 1.5 days per time zone in westward travel. (This is the standard for jet lag recovery without the use of pharmaceuticals or natural supplements.)

The pineal gland, a rice-sized gland recessed deep in the brain, has a strong influence on the body’s sleep-wake cycle through its secretion of the hormone melatonin. Melatonin levels rise at night when You’re tired, and fall in the morning. Hence the theory, or idea, of using oral doses of melatonin to ?trick? the brain into the sleep-wake patterns associated with a new time zone and thus reduce jet lag. But does it work?

As with many things in life, there is controversy associated with the results of using melatonin to reduce jet lag symptoms. A 2002 Cochrane Review (a review looks at available studies related to a topic, and then discusses the results) checked out the melatonin-jet lag controversy, and concluded that oral supplementation of melatonin appears to start being effective when crossing two or more time zones, with optimal efficacy when five or more time zones are crossed.

Additionally, eastward travel was found to be the most responsive to melatonin supplementation, with westward travel showing little effect on jet lag symptoms. However, counteracting this are the results from a study published in the American Journal of Psychiatry (1999), which found little, if any, promising results for melatonin reducing jet lag symptoms. And so the controversy has raged back and forth?there is research that speaks about the positive results of melatonin on reducing jet lag symptoms; and there is research that denotes little, if any, effectiveness of this.

What really is the answer? It’s hard to determine from a scientific standpoint, since so many factors are at play and the results, at this point, are still relatively controversial. For instance, several studies showing no effect of melatonin on jet lag mentioned that dose might have an impact in their results, and also the timing of the dose. On the other hand, other studies claiming benefit may have had too few participants for the study results to be noteworthy.

And of course there’s the fact that we humans are all individuals. Although our bodies function in similar physiological fashion, we respond to different things differently, depending on our unique genetic makeup and our emotional state at the time. This means that if You’re a jet lag sufferer, you might have to try melatonin for yourself to see if your body responds to it.

If you do decide to experiment with oral melatonin supplementation for your jet lag symptoms, the majority of the studies available seem to point to using up to five milligrams (mg) of oral melatonin per night. Doses above this do not seem to have any effect. Doses below this may still have an effect, although taking the full five milligrams results in falling asleep quicker. Also, the recommendation to take your melatonin dose at the ?bedtime? of your target location (i.e., between 10 p.m. to midnight) seems universal. ?Timed release? melatonin does not seem effective for jet lag, and sublingual (under the tongue, let the tablet dissolve) administration of ?regular? melatonin appears to be the fastest acting.

Although more research is needed to effectively determine the safety of melatonin supplementation for jet lag, there are several cautions that exist. If you are an epileptic patient, or are taking blood thinners (e.g., Warfarin), It’s not recommended to use melatonin. As well, It’s important to note that melatonin for jet lag should be used only at bedtime, since supplementation of the hormone when you plan to be awake (i.e., during the day) can result in sleepiness or impaired functioning.

In this instance, It’s hard to tell! If you are a healthy individual and don’t fit into the ?safety concerns? paragraph above, taking melatonin to reduce jet lag symptoms can be a personal judgment call. For myself, on my next cross-zone flight, I’m going to try melatonin supplementation. I’ll let you know how it works out! 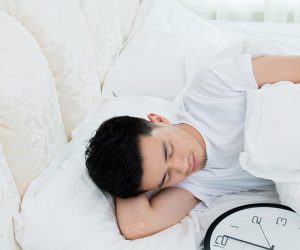 What’s the Point of Daylight Savings? 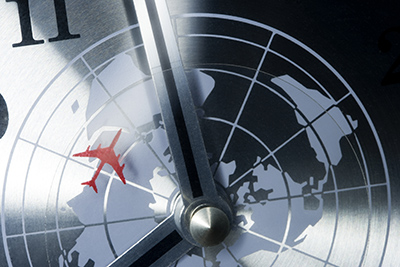 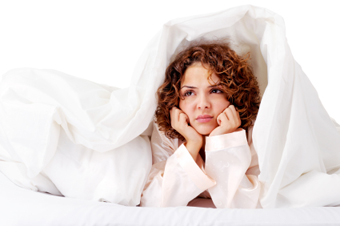