Melinda Tankard Reist is an Australian feminist writer, activist, and international speaker. Go here to read the Voice review of Getting Real: Challenging the Sexualisation of Girls, a book of essays edited by Reist. Recently Reist took the time to talk to Wanda Waterman St. Louis about work, hope, and inspiration.

I find that the more I engage in this work the more I need to look after myself in order to be able to do it. I need conditions that encourage balance and well-being. I need time out. I need to walk on a beach as often as I can. I need to relax with friends and family. I need to laugh at every opportunity. I need quiet. I need sources of inspiration and energy. I need?and am truly blessed by?the support of my family and some very close girlfriends who help keep me sane.

Films: Silkwood, The Simple-Minded Murderer, Indian filmmaker Deepa Mehta’s Elements Trilogy, Fire (1996), Earth (1998) and Water (2005), The Diving Bell and the Butterfly, This is It (the life of Michael Jackson, because of the emphasis on perfection and dedication to one’s craft).

I have no political ideology; I address issues on their merits. I don’t believe that labels like ?left? or ?right? are adequate. Someone recently said that my politics were ?undefinable.? I liked that. I do have a faith, though I live it out very inadequately. 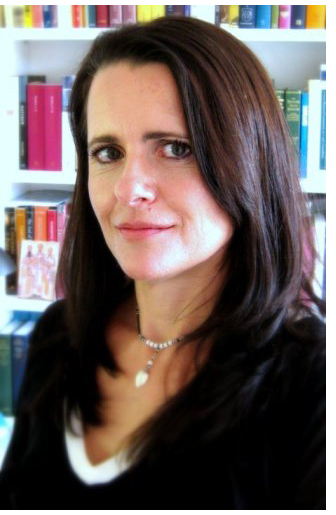 I began writing about this topic because so much research was emerging on the harms of sexualizing girls and there was growing concern about the issue globally. Some seminal works had been published including Corporate Paedophilia (The Australia Institute) and The American Psychological Association’s Taskforce on the Sexualization of Girls. I thought it was time to bring together some of the key voices in the field (mostly in Australia) in the one book. The contributors?academics, researchers, activists, psychologists, and counsellors?came from diverse backgrounds and had differing political views, but all agreed that the pornification of culture needed to be stopped. They saw the potential for harm, especially to children, if it wasn’t.

The response has been great, the reviews excellent. The book was published in September but continues to be written about and discussed. There were a couple of (predictably) negative responses by those with vested interests but so minor and inconsequential they made no impact. The book went into its second printing only eight weeks after it was released. Especially heartening was the number of young women who contacted me to say what a difference the book had made for them and how it had empowered and equipped them both to resist negative influences from the media and popular culture and to take up the call to work for resistance more broadly.

The task before us is massive and I don’t underestimate the work involved to try to turn things around. But I have to believe a difference is possible or I’d probably give up! I do receive affirming correspondence from many, including young women, which helps me believe change is possible.

Nine Questions for the AUSU Candidates You Need to See!

In Conversation With . . . Melinda Tankard Reist, Part I