Columns
The Voice
From Where I Sit – Party On!

When you reach a certain age, it seems that the losses and heartache outweigh the joys and celebrations. For example, there seem to be more funerals than weddings, more sickness and disease than births. And while a lot of people bemoan that reality, not many take action.

Not us. This past Saturday night, about 50 people gathered in a small, old country hall to celebrate Roy’s sixtieth birthday. The initial idea arose in March over an intimate dinner at Greg and Carrie’s. Roy protested and pooh-poohed the idea. The kids and I ganged up on him. He remained steadfast in his opposition. I said, ?Okay, to hell with you? and changed the subject. Not three minutes later, he was asking where would the party be, who would be invited, and so on. Do I know how to work the guy or what?

By all accounts, the party was a success. It was also very tiring to execute, nerve-wracking to organize, and expensive to host. Aside from the traditional Ukrainian dishes (pereshke, nachinka, lazy holoptsi), there was roast beef, sweet-and-sour pork, scalloped potatoes, salads, and pickles. The meal was a hit.

The other big treat, especially for the men, was the fact I convinced Roy to pull out his 1970 Dodge Super Bee and drive it to the party site. He had ordered the four-on-the-floor, Hemi orange (with white leather interior and black vinyl roof) muscle car from the factory. It was our date car a hundred years ago and has been parked for the past few decades. Thank God it started because cars, like people, that just sit around unused tend to dry up. Totally precious is a photo of nine-month-old Grady standing on the seat gripping the wheel and honking the horn.

The role of host and hostess is a tiring one. Everyone there had a connection to us but no one had a connection to everyone else. So our role was to keep mingling. I felt like a bee flitting from flower to flower. None of the conversations were complete or satisfying in themselves because others needed attention too. At one point, I whined to my aunt and a cousin that I wished we had done a better job of getting people to mix. ?We didn’t come here to make friends; we came to visit with people we know,? was the sharp retort.

Hilary and I did a fine job of decorating the place. Our jumping-off point was the rolls of black and yellow caution tape warning of a party in progress that we stapled across the bar and some doorways. Black tablecloths, yellow and green bowls of colour-coordinated munchies, lime green votive holders, a fresh flower arrangement, candles, and an iPod playlist of some favourite tunes created a party ambience. We even risked torching the old hall when we lit the 60 candles on Roy’s cake! A total surprise was the gift of a trip to Las Vegas from the kids.

By way of recap, we noticed people eat and drink less, and leave earlier, but still appreciate the chance to get together for some fun. Better a birthday party than a funeral, from where I sit. 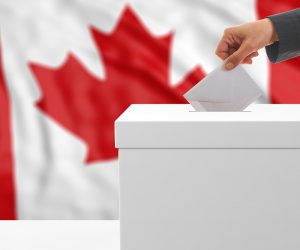 From Where I Sit – Secrets

“And if anyone objects to this union, speak now or forever…”