?Unfortunately the media has capitalized on this unhealthy relationship between classical music and the elite. The only time you hear classical music on TV is for BMW commercials or some sort of pretentious upper-class social event. This is a deliberate falsification of classical music’s true colours.?

I do my best work when I sufficiently submerge my consciousness in the process of composing to the point where I no longer consciously know what I’m doing. So the creative process is a mystery to me. I can write afterwards and explain why things happen in my music the way they do, but this is like investigating my composing process after the fact. In the actual moment of creation I am blissfully lost and have no conscious understanding of what I’m doing. 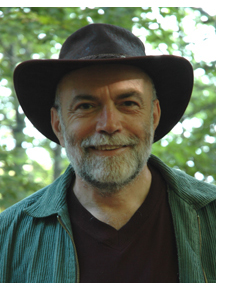 The two are inextricably connected. Of late I’m not even sure if I can compose anything on a subject not connected with the spiritual dimension. That’s not to say that I’m limiting my range, but I have to find the connection between the subject I am dealing with and its spiritual dimension.

I will be soon embarking on the composition of an opera, with a libretto by Margaret Atwood based on the last days of Pauline Johnson, a turn-of-the-century Canadian poet and stage personality who died of cancer in 1913. Her last days, when she re-examined her life under the influence of morphine, is the time covered by the opera. I’m hoping that through the music I will be able to find this connection between Pauline’s state of mind at the very end of her life and the spiritual dimension, even though the latter may not be overtly explored in the libretto. The beauty with music is that you can faithfully serve a text and still convey your own messages alongside with it.

I fell in love with classical music early in life, but I was growing up in a working class environment where classical music was viewed as the music of the socially and economically privileged, and I did not belong to that class. Before I was born, my father was politically exiled by the right-wing government in Greece and held for years in a concentration camp, not for anything he did but for what he believed in.

So I grew up being politically sensitive and with an unusual ability to deconstruct social situations and conventions to their very core. I always thought that the peculiar symbiosis between classical music and the social elite was rather unhealthy and one that would eventually prove to be detrimental to classical music. Classical music, with its structure and complexity, should, I thought, be an agent of social transformation and not a confirmation of the status quo. 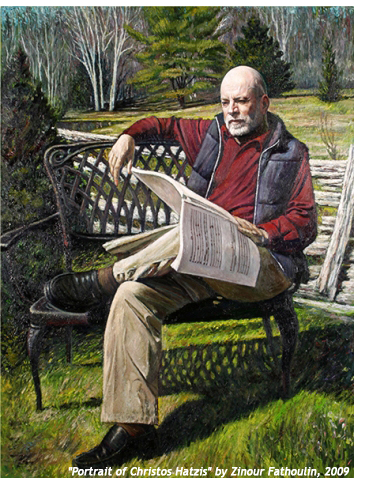 Unfortunately the media has capitalized on this unhealthy relationship between classical music and the elite. The only time you hear classical music on TV is for BMW commercials or some sort of pretentious upper-class social event. This is a deliberate falsification of classical music’s true colours.

Beethoven made music about social mobility at a time when the aristocracy was embracing the status quo. Mozart’s music is about meritocracy (as that was expressed by his Masonic brotherhood, a radical movement in his time), not inherited aristocracy. While the great music of the past was always dependent on the centres of power for patronage, its message was more radical than even the creators themselves would care to publicly admit. To love and to be your ?brother’s keeper? have always been and will always be radical political concepts. No status quo will do more than pay lip service to them.

I am increasingly attracted to music organizations that embrace social transformation as their central mandate. Like CityMusic Cleveland, an amazing young symphony orchestra that gives free concerts (which often include a free meal and babysitting) in downtrodden communities in the Cleveland area. I worked with them last year in Cleveland and next November they will join me and Greek pop superstar George Dalaras in a concert of my music at Avery Fisher Hall in New York’s Lincoln Center.

I am also trying to develop some initiatives that will create opportunities for our graduate composition students at the University of Toronto where I teach full-time, to engage with various inner-city communities that know next to nothing about classical music. I believe that if classical music is to survive and play a transformative role in society it must shed its elitist association rather quickly.

Creatively, my music has been trying to embrace the geographical and chronological Other and point towards a non-Westerncentric view of the world. This is widespread now but it wasn’t so in the early ?80s when I first began to compose music that proposed such solutions to the problem of structure and identity. Things are slowly changing in contemporary music but not as quickly as the circumstances require. As geopolitical pressures increase there is always a danger of social eruption due to such pressures (already being experienced in Europe and south of our border). Music and spirituality must play a role quickly to heal deep social fissures that will be much harder to close once opened.