News & Events
The Voice
Click of the Wrist – Calorie Count

More can sometimes be better?but not when it comes to foods that are loaded with staggering amounts of fat and calories. Like the peanut-butter-and-chocolate-milk shake that ?packs the equivalent of 68 strips of bacon in saturated fat.? That pales in comparison to some of the other heavyweights out there, though.

These desserts rank with the best when it comes to taste, so It’s no surprise they made this Forbes worst list. A tiny slice of Death by Chocolate packs 1,226 calories, and even the relatively lightweight tiramisu is no caloric bargain. If only it didn’t taste so good.

The list is subjective, but how about a fried banana split? It’s made of ?banana and honey peanut butter . . . rolled into balls, then battered, deep-fried, and topped with powdered sugar, caramel and chocolate syrups, peanuts, whipped cream, banana split-flavored ice cream bites, and a cherry.? Only 2,000 calories.

If this isn’t really the UK’s ?most fattening burger,? I’d hate to see the titleholder. The Super Scooby is ?loaded with four ¼ lb beef burgers, eight rashers of bacon, eight slices of cheese, 12 onion rings, heaps of salad and three sauces,? for a whopping 2,645 calories. Oh, and it comes with extra fries on the side.

When it comes to calories, nothing beats 13 pounds of poutine in 10 minutes. That’s what it took to win Toronto’s recent World Poutine Eating Competition. The winner is no stranger to extreme eating: he’s also put away 67 hot dogs in 10 minutes. This article contains a video link?if you can stomach it.

When the hot weather hits, It’s tempting to reach for a tall cool drink. But that could make it harder to squeeze into your bathing suit. According to this article (with a link to the top 10 list), a ?Pina Colada, for example, has more calories than a Big Mac.? And it doesn’t even come with a pickle. 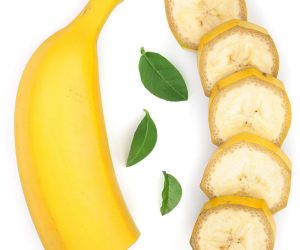 The Fit Student—How to Eat Healthy on a Tight Budget

When Health Food Goes Too Far