Book: Leïla Marouane, The Sexual Life of an Islamist in Paris

The handsome Algerian bachelor Mohamed Ben Mokhtar has managed (with the aid of straightened hair, whitened skin, a European name, and buckets of cash) to skirt Parisian prejudices and rent a classy apartment in the upscale Saint-Germain-des-Prés, where, after a lifetime of devotion to Islam and unflinching obedience to a domineering mother, he fully intends to sate himself to the eyeballs with the pleasures of the flesh.

Even as Mohamed chooses to lay claim to the joys he feels he’s earned, he urgently requires the approval, even the blessing, of his fervently Muslim family. And he refuses to corrupt them with his shoddy morals because on some level he needs them to remain as they are. Thus the grand Parisian love shack is off limits to family members.

The writer, the witness, the observer, calls him on his bluffs, and brings into the open secrets destined to thwart his libidinous agenda.

Mohamed doesn’t represent a particularly appealing personality to the modern female reader except?maybe just a little?on a visceral level. He proudly brandishes a sense of entitlement that rivals that of the most tight-arsed male WASP. Except for rare signs of a deep (and highly ambivalent) affection toward his mother he doesn’t seem capable of giving or receiving love. His ambition to be a poet is rendered credible?by a piercing insight into both the spiritual and the sensual worlds?and absurd by an absence of tenderness. 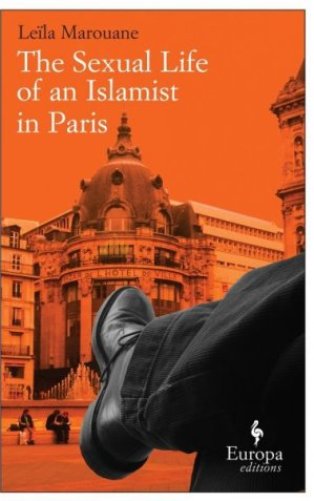 We see in Mohamed’s struggle a clear manifestation of the insufferable conflict between the goods proffered by capitalism and the demands of home, hearth, and religion, between Western license as a parade of vanity and Islam as a repressive, ascetic quagmire of dull communal obligations.

Marouane underlines the shallowness and depravity of Western culture with one hand and with the other reveals the blessed, albeit illusory freedom it offers the individual self. There is, for example, that glaring discrepancy between the showy splendour of materialist excess and the cruelty to which its glory is denied to all but those capriciously deemed deserving.

The author also hints at how these conflicts might be internalized by Arabs in Europe, showing Mohamed taking pains to appear as European as he possibly can while tellingly imagining ways to vent his rage on the West in the event he’s rejected as a tenant for the posh apartment he fancies.

Haunting the pages, and one of the elements which make this novel remarkable, is the name of a novelist, Loubna Minbar; a name that not only scans like the name of this book’s Tunisian author (also an immigrant writer in Paris) and which bears the same first letters, but one which seems to be on the lips of everyone Mohamed encounters.

This story unfolds in the most fascinating way; there is a dreamlike?at times nightmarish?succession of experiential vistas, each one providing illusion and insight, lies and truth. The language is simple with intellectually stimulating surprises thrown in (the false views of the protagonist, for example, and his seemingly futile cycles of déjà vu).

This is also the story of the strange but engaging tango between writer and subject. There is a kind of parallel between the writer’s agenda to exploit the experiences of others and religion’s agenda to exploit human emptiness. But can this, in either case, really be called exploitation?

Marouane reveals the rage of the writing subject toward the writer who shines a harsh light into our lives to show up all the cracks and dry rot. We want to be the authors of our own lives. We don’t want our hearts to be picked apart, sunned, and held accountable. We want to dictate to others how they should think of us. Our egos squeal at deep scrutiny, shielding us from it in every way, screaming that such analysis is an insult, that our liberty can’t bear it. But there is always one who bears witness, and the existentialist hero is the one who submits to this knowledge in fear and trembling.

To her credit Marouane illuminates the integrity and beauty of aspects of the Muslim tradition, touching on the mystical, marginalized (within Islam) world of Sufism, a walk that encompasses some of the most profound and jarring wisdom the world has ever known, wisdom our present world might do well to explore. In this story it very subtly points the way out of the slough of despond.