Articles
The Voice
In Conversation With . . . Conjunto Roque Moreira

We grew up in Teresina, Piauí, which is northeast of Brazil. Our childhood memories all include music, with children’s games, families and friends, parties, dances, and participating in musical groups.

To be creative you need good physical and mental health. But even in difficult times we can get enough inspiration to create, because crazy people believe in their dreams. It’s in the need for innovation that creativity flourishes.

Our social conscience is stamped on the band’s name; the word ?Conjunto? (group) conveys our philosophy that together we are more than we are divided.

Since becoming musicians we’ve deeply touched the lives of people who’ve heard us, we’ve become closer to each other, and we’ve made a cultural contribution.

Returning to our ?home? and putting our feet on the floor, we realize how hard a musician’s life is and that a band is like a company, with a duty to provide services to society. 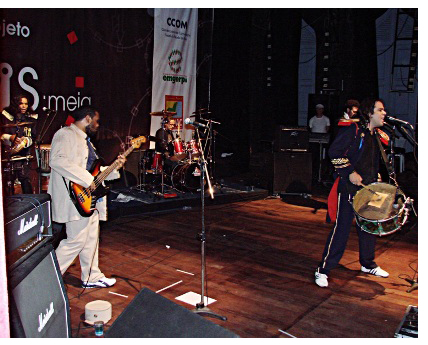 We don’t take sides in politics, especially not when the political parties do no more than seek power. But as Greek philosopher Aristotle said, ?Every human being is political.?

As for religious beliefs, we believe that the same Energy that conceived and aligned the universe should be respected regardless of the forms that worship takes. We just don’t concede to the manipulation of those centred on private or financial interests.

Roque Moreira was a broadcaster in the ?70s who had a radio program that played only the B sides of Brazilian records. His program served as a kind of Facebook; the listeners could communicate by sending messages through the radio and this marked the lives of many people in Piauí. When audiences saw our first performance they identified themselves with our musicality and with songs played in his program.

Usually a rehearsal takes two hours. We arrive early to set up the instruments and hopefully our time in the studio. We talk about the activities that move the band (concerts, repertoire, finance, projects) and cultural events. To warm up we play songs already in our repertoire. We continue practicing until the songs are perfectly executed. When the music stops, we critique any problems. When we don’t have an upcoming gig we diversify, adding new music and seeking new presentation formats.

It isn’t easy. But like people, all rhythms have something in common. There may be several meanings for a word just as there can be several words for one meaning. Music is characterized by accents and this is hard to feel or translate, but as in culinary tastings, It’s by experiencing that we reach the right spot. Our role is to expand the variety of music in the world and to make our fans dance, uniting them in a love of life.

Since the beginning of Conjunto Roque Moreira we’ve created tools to enhance our sound. As time passed we improved and matured our techniques and research, consolidating it into a promising new development. The name ?Fábrica do Roque? (Roque’s Factory) was the most evocative name for our business.

Several people and institutions approved our instruments. We make derbake, djambé, caxixis, berimbau, cuíca, gopyang, drumsticks, carinhões, and exotic instruments like the contrabalde, made of recycled materials. Our services are sought out in building instruments and teaching others how to play them.

Nowadays we provide services in governmental and non-governmental teaching classes to adolescents and needy children. Along with the Ferreira de Sousa Defense Center Association, we are seeking financial help to make a headquarters in order to expand our activities and provide an alternative income and education for poor people by encouraging the creation of new musical groups.

To acquire a studio, a sound structure for our presentations, and a headquarters for developing our actions. And to be on a constant world tour. 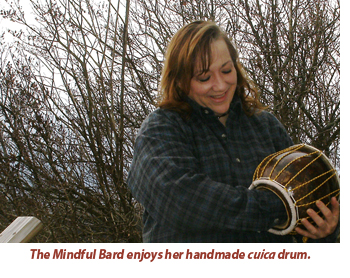