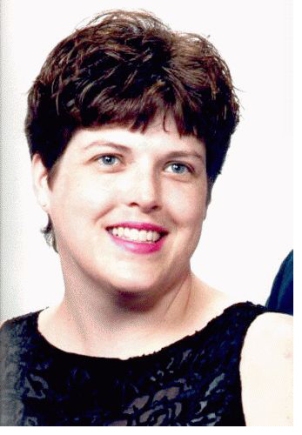 AU graduate Donna Alden-Bugden graduated from Athabasca’s Master of Nursing (NP) program in June 2003, but the nurse practitioner?and fan of distance learning?is still furthering her educational dream. Here, she speaks about why she chose AU; how she stays motivated while juggling family, work, and school; and what makes it all worthwhile.

Initially, it wasn’t AU’s distance delivery that attracted Donna to the program in 1999. When Athabasca opened a nurse practitioner degree program?the first of its kind in Alberta?Donna’s interest was piqued. ?I jumped at the chance to advance myself professionally,? she says. ?I always wanted to get my PhD . . . and the master’s was the [first] step.?

However, she soon realized the convenience of AU’s flexibility. ?My husband works in the military and we travel a lot,? explains Donna, who has studied while living in Alberta, Manitoba, Labrador, and now Ontario. ?It is really difficult to . . . attend traditional universities.?

The flexibility of distance learning has allowed both Donna and her husband to continue furthering their education despite travel, work, and family. After graduating from AU, Donna began working on her doctorate through a primarily online program at Case Western Reserve University in Cleveland, Ohio. She has now finished the coursework component of the degree, and is beginning work on her dissertation. Her husband, too, obtained his BA by distance (from Royal Roads Military College) and is currently working on his master’s degree via alternative delivery. Studying together has an additional benefit: ?we proofread each other’s papers!? Donna says.

Distance learning may be ?challenging,? Donna admits, but it suits her personality. ?I like it . . . because I’m independent,? she says. ?I like to do things on my own time.? Although she misses the feel of being on campus, it doesn’t bother her as much as it might. ?I was a bit of a bookworm even in a classroom setting,? she says. ?I am a social person, but when it comes to school I am somewhat serious!?

Still, she understands why isolation could be a stumbling block for many distance students. ?People who like the connectedness with [others] may not adapt as well to online programs,? she says. Fortunately, many programs and courses?including the master’s program she took at AU?attempt to replicate a classroom setting online. ?All the students are in a virtual classroom that is not in real time,? Donna explains. ?You leave comments and reply to weekly assignments in a forum.? In fact, class participation forms part of the final grade.

Balancing school, work, and family is a little more difficult. ?The biggest challenge [is] probably working and going to school at the same time,? Donna says. While making her way through the master’s program, Donna worked as an RN; now, She’s a full-time nurse practitioner while continuing to study for her doctorate.

?It . . . is tiring,? she admits. ?I just keep going because . . . I want to be the best role model for my children!? She also finds her practice rewarding enough to make it worthwhile. ?I love my patients and wouldn’t want to do anything else,? she says.

To stay motivated, Donna has focused on keeping her goals front and centre. Initially, ?I . . . just . . . looked at my ultimate goal and . . . kept plugging away,? she says. ?I figured that nothing could stand in my way.? She’s not kidding. Two pregnancies, as well as unrelated medical problems and several hospitalizations later, she was still going. ?I . . . wasn’t going to let anything stop me!? Donna says. She’s kept that attitude through her doctoral studies as well.

And her goals encompass more than just obtaining the degree. Donna’s passionate about the example she sets for her daughters, aged six and eight. ?I want . . . my children to know that education is lifelong,? she says.

In the future, Donna sees herself continuing in family practice as a nurse practitioner. ?People always ask me what I will do with my doctorate when I graduate,? she says. ?I say . . . I will do what I’m doing right now because I love it!? 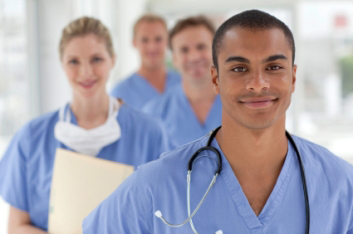