This is a special Voice report on Athabasca University’s 2010 Convocation, which took place June 10, 11, and 12. The Voice offers its warmest congratulations to all this year’s graduates!

Convocation. For many, It’s the end of a long journey; a celebration that signifies completion. But as graduands, family members, and special guests came together to celebrate AU’s Convocation 2010, there were abundant reminders that every ending brings exciting new beginnings.

The weather seemed made to order as the AU campus sprang to life: a steady stream of cars filled the grounds, the tempting aromas of a Continental breakfast filled the air, and graduands connected with fellow students?many for the first time outside emails and discussion boards!

And amid the many congratulations and reflections on the long journey to graduation, there was another popular topic: plans for the future. As AU President Dr. Frits Pannekoek noted in his opening remarks, AU students possess a unique blend of ?vision, planning, and dedication,? and those qualities will serve them well long after convocation. Some grads were busy discussing further studies (or are already enrolled!) while others looked forward to vacations with family or simply reading books for pleasure, not for research.

A fitting backdrop was on display as grads and guests arrived for the ceremony: AU’s new Academic and Research Centre (ARC). Construction is well underway on the Centre, and visitors stopped to admire it and imagine the possibilities the new facility holds.

The main event, though, was inside the spacious auditorium, which quickly filled with guests and a sense of anticipation! 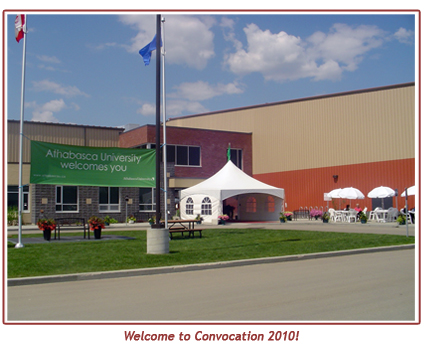 From as near as Athabasca to as far away as Hong Kong, the graduands had all travelled their own paths for this special day. But preparations weren’t finished yet!

Following breakfast in the airy tent, graduands needed to register, receive their gowns, be briefed on the procedure for the ceremony?and, of course, pose for countless photos!

All eyes were on the graduands as the procession began and, in keeping with AU’s role as a distance university, the audience extended to viewers around the world through the live webcast.

The webcast is a recent addition to convocation and the quality improves each year, making it a welcome opportunity for those who can’t attend in person. One thing that would improve the webcast experience is the option of downloading a PDF copy of each day’s program, both as a keepsake and to make it easier to watch for the appearance of that special grad.

On Thursday, June 10, the Kokopelli Choir led the procession with a vibrant performance, followed by greetings from Dr. Pannekoek; Jeff Johnson, MLA for Athabasca-Redwater; and Barry Walker, member of AUGC since 2004 and chair since 2009.

As always, one of the most popular features of convocation was each grad’s brief bio, read as they crossed the stage.

And although AU prides itself on breaking down barriers to education, each grad’s words revealed another important aspect of the experience: earning a distance degree is just as tough, and often tougher, than attending a bricks-and-mortar school. 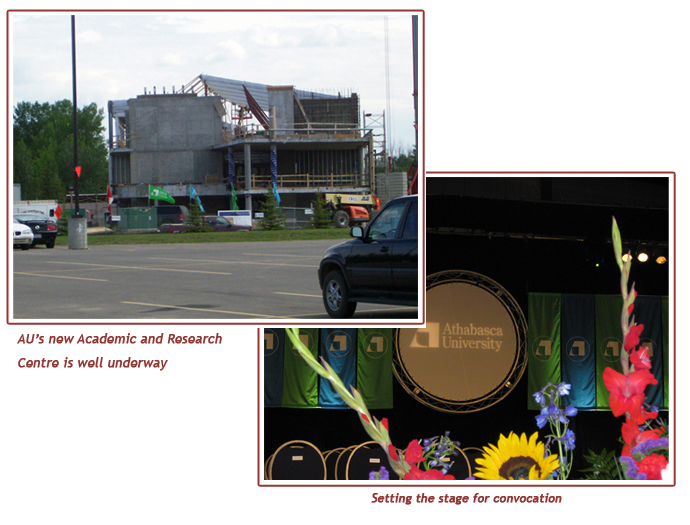 Along with full-time studies, many grads worked full- or part-time, raised families, volunteered, and travelled. They studied in airports, on buses, and on business trips and holidays. Throughout, they set their own study schedules, arranged exams, and kept themselves motivated to reach this milestone. 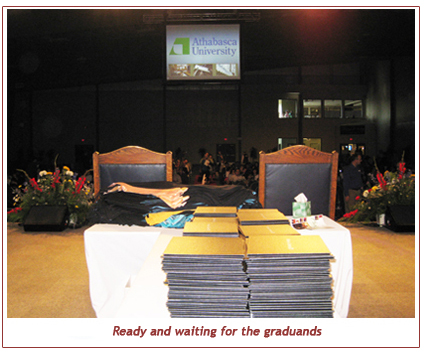 Several special degree recipients were on hand as well. On June 10, an honorary Doctor of Laws was conferred on Hon. Raymond Charles Lee ?in recognition of his dedication to the preservation of Chinese Canadian history in Alberta and the integration of Asian Canadians into the mainstream of Canadian society.?

On June 11, an honorary Doctor of Science was conferred on Bill St. Arnaud ?in recognition of his technical leadership in the design of Canada’s national research network and his tireless efforts to promote the effective use of this network.?

And on June 12, an honorary Doctor of Laws was conferred on Dr. Lawrence Lessig ?in recognition of his outstanding work in advocacy and support of fair copyright legislation.? Dr. Lessig is ?a strong advocate of fair use, open access and open source.?

Other special presentations included the induction of Joy Romero and Dr. Dominique Abrioux into the Order of Athabasca University.

But when all was said and done, when the amazing sounds of Epsilon’s voices had faded and the piper had led the final procession from the stage, Convocation 2010 remained a celebration of each new grad’s personal achievement. A reminder that no matter how far away the goal may have seemed when they started, or how many obstacles arose along the way, hard work, persistence, and motivation brought them to this milestone?and will play a big part in tomorrow’s plans.

The Voice offers its warmest congratulations to the graduates of 2010! 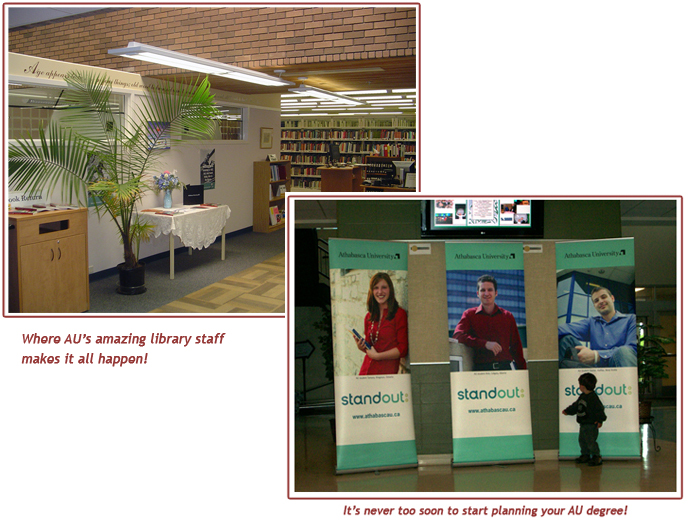 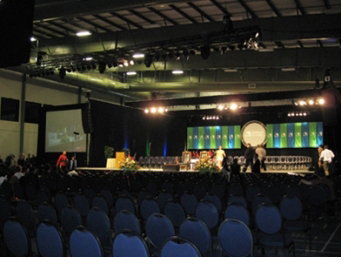 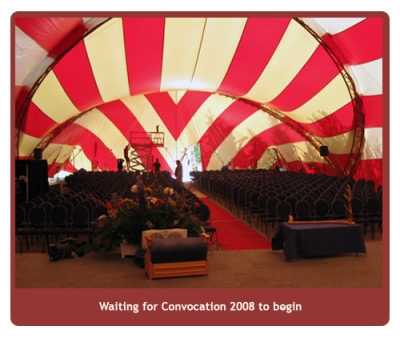