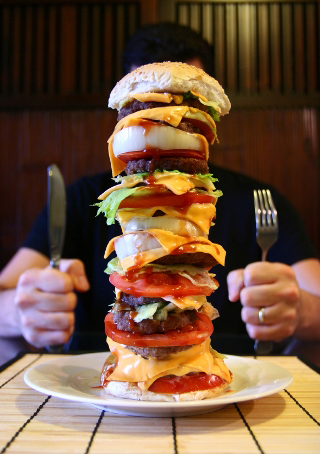 I have a German mother who took every opportunity to tell my brother and me, ?You are what you eat.?

Naturally, as a kid it meant nothing, and I continued to eat as much Gummibären (Gummi bears), marzipan (almond icing), and lebkuchen (gingerbread) as I could scarf down. And every December, just in time for Heiligabend on December 24, a gigantic box of goodies arrived from my Omi in Germany; inside was every manner of holiday sweet including my favourite, dominosteine (chocolate-dipped lebkuchen cubes with jelly and marzipan filling).

Back then, I drifted off to sleep with visions of sugar plums. If I ate that way today, I’d be drifting straight into a diabetic coma.

As a mid-forties adult, ?Der Mensch ist, was er ißt? suddenly means everything and I find myself obsessing over food labels. It all started last fall at the Kardish health food store in Ottawa. While I was waiting in the checkout line, I picked up a gratis copy of Vista magazine. I had never seen the magazine before and when I flipped to the contents page I was pleasantly surprised by the array of insightful articles. Although titles like ?Grow a Younger Body? and ?Nobel Prize Winner Discusses Our Climate? sounded interesting, I was immediately drawn to the title ?Overfed Yet Undernourished,? written by Ironman triathlete Brendan Brazier. I quickly flipped to Brazier’s article and read about the obesity epidemic pervading contemporary North American society.

Stuffed and starved we are.

However, I’ll go one step further than Brazier and say that we are also ignorant when it comes to matters related to foodstuff; in particular, what we think we are eating. Inasmuch as caveat emptor applies to real property, it also applies to real persons.

Having recently watched the film Killer at Large, I knew Brazier was on point. To further buttress his assertion that we are overfed and undernourished, my partner and I had just returned from a Caribbean cruise with eight of our friends where we witnessed excessive, unremitting consumption. While the volume of consumables was substantial, and visually appealing, it was largely nutrient-deficient fare. Even the fruit juice, no doubt injected with excessive flavour molecules, was too sweet.

Although I don’t consider myself a people-watcher, I couldn’t help but stare (frankly, in utter astonishment) as passengers gorged themselves on as many as 17 (yes, one more than 16) plates of assorted desserts. Frenzied dining is not something I care to see again; nor, for that matter, do I ever want to vacation amidst such a backdrop of overindulgence. While I realize it must be challenging to prepare healthy food options for three thousand people, as I walked down the gangway I was relieved to leave the floating amusement park, with all its greed and gluttony, behind me. Back on beloved terra firma, I pledged to make wiser, healthier food choices.

In an effort to help me more fully understand the effects of sugar in my diet, a doctor friend of mine challenged me to give up all forms of sugar (i.e., agave, stevia, honey, brown sugar, maple syrup) for 10 weeks?an experiment that changed my life. 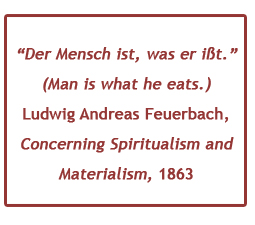 After my little science project concluded, I picked up a second-hand copy of Connie Bennett’s book Sugar Shock. Having just experienced cold-turkey sugar withdrawal I was well aware of the negative impact sugar had on my body. More importantly, I finally understood that sugar, with its short-term boost, had actually been depriving me of intrinsic vitality. In any case, as I continued to educate myself, I began to see that prepackaged, ready-to-eat foods are by no means convenient for the body and, more often than not, food identified as ?wholesome? is anything but.

So why such a disconnect between fact and fiction? Commerce.

Although Killer at Large offers some insight concerning food origins, it only skims the surface. If you really want to understand where our consumables come from, go rent the movie Earthlings. Written and directed by Shaun Monson, the English film is narrated by Joaquin Phoenix and Persia White while the French version, Terriens, is narrated by Montréal Canadiens vegan hockey player Georges Laraque. If you are at all mindful of the interconnectedness of life, you will walk away from this movie irrevocably changed. In addition to examining what you eat, you might even find yourself motivated to lessen your environmental footprint (to learn more about that, visit Planet Green).

As for me, the way in which I treat other living beings?beings that exist ?lower on the food chain??is becoming more important to me; the more I ponder human-instigated death and destruction, the more I find myself wondering what our future will hold. What will our patent disregard and disrespect for other life forms say about us as a species after we have annihilated ourselves? And I wonder, too, about the knock-on effect of the religious decrees that say on one hand ?Thou shalt not kill,? (Deuteronomy 5:17) but conveniently claim that not all killing is murder. Is it just me or is that not somewhat of a contradiction, like the term ?civil war??

American educator Derek Bok once said, ?If you think education is expensive, try ignorance.? If you have the guts to explore your own ignorance, I invite you to conduct your own science experiment and eliminate sugar, processed foods, or meat from your diet and record what you observe. After my experiment with sugar deprivation I decided to purchase a book for some levity, so I snatched up a copy of Does This Clutter Make My Butt Look Fat? by Peter Walsh. After reading Walsh I was not only inspired to purge my kitchen cupboards but the rest of the house, too. As I surveyed the house I began to realize I have a lot of stuff. Let me clarify: I have a lot of unnecessary stuff. The very act of donating boxes and bags of excess ?stuff? to Goodwill enabled me to wake up to my own excess.

If you are at all like me you, too, have a subconscious penchant for excess. If we don’t address this epidemic, like obesity itself, I wonder what will happen to us as a species. Once we have destroyed and consumed every other living thing, what will be left to eat? I wonder if we will go the way of the 1973 science fiction thriller Soylent Green? For those who are unfamiliar with the movie, it is based on Harry Harrison’s 1966 sci-fi book Make Room! Make Room! and takes place in New York City in the not too distant future of 2022. 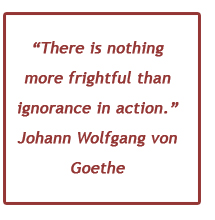 In that world, some 40 million New Yorkers struggle to say alive, most living in the streets. Surviving on ever-depleting rations, the government comes up with a sustainable solution: feed the people, people. Okay, so perhaps that concept is a bit of a stretch. But since we do live in a world that is obsessed with consumption’soda pop, candy, fast food, cars, clothes, electronics, whatever?I have to concede It’s possible that we will, some day, run out of food.

Before you call me a blasphemer, remember I said ?I wonder.? Besides, I agree with Isaac Asimov when he said ?Individual science fiction stories may seem as trivial as ever to the blinder critics and philosophers of today?but the core of science fiction, its essence has become crucial to our salvation if we are to be saved at all.?

I wonder a lot, in fact, so in an effort to continue my ?food and me? education, I am reading as many books as I can find that challenge me to think about my relationship with food. Books like The Ethics of What We Eat and The Way We Eat: Why Our Food Choices Matter, both by Jim Mason and Peter Singer.

I’m also building up my personal library to include as many of Michael Pollan‘s books as I can find, including The Omnivore’s Dilemma and In Defense of Food: An Eater’s Manifesto. The point, for me, is to keep learning. Like any situation in life there are always more than two sides to the story.

To close with an interesting quote by Tim Robbins (from the December 1993 edition of Esquire), ?You are what you think you eat.? I would like to tell my shipmates who gorged themselves on food like it was in infinite supply, though you thought you were eating well, you were mistaken. While you were storing up empty calories in your body, that same quality of energy was feeding your brain.