Features
The Voice
So Long, Farewell 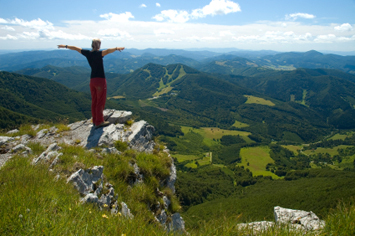 I’ve never jumped off a cliff, but as I write this I’m pretty sure I know what that sensation would be like. The cautious approach to the edge, sizing up the situation. The prevarication involved in weighing the pros and cons (and deciding just how crazy one has to be to jump). Then the mix of excitement and self-doubt once the decision’s been taken and there’s no turning back.

The cliff I’m talking about is a metaphorical one, but It’s no less daunting: this week’s issue marks the end of my time as Managing Editor at The Voice, and the leap into a full-time writing career.

For all the thrilling possibilities that holds, the decision is bittersweet. During my three years as Managing Editor, I’ve learned so much more than I ever imagined about writing. It’s a direct result of editing: learning to immediately recognize good writing, spotting clunky phrases a mile away, and honing the instinct to know why a piece of prose has that magical quality even though it breaks every rule in the book.

For a writer, spending serious time on the other side of the editing desk can offer insights worth their weight in gold, and I leave carrying a bag bursting with doubloons.

I’ve also been fortunate enough to have an Editor-in-Chief who knows just how to strike a balance between structure and freedom. Tamra has an uncanny talent for calling up answers to arcane questions about copyright or Photoshop without blinking, and a store of editing knowledge that goes on for days. Yet there has always been the support and freedom to experiment, to suggest, and to make my own mistakes (yes, I still cringe at the thought of that horrid orange title graphic that seemed like such a good idea at the time.)

There have been unexpected delights as well. While I counted on developing a rapport with Voice writers, I didn’t expect to forge friendships that feel as though they run much deeper than email should allow. I hope there are at least a couple of writers who are smiling as they read this, and who know that our friendship and mutual fascination with words doesn’t end here.

There have also been writers who, although they submit only occasionally, are always so charming and professional that just seeing their name in the inbox never fails to bring a smile to my face. I’ll miss them.

And what of the Voice readers, the ones we do it all for? They have been the invisible presence guiding each decision, big or small. Will they be inspired or angered by a certain article? Have we shown them both sides of an issue in an editorial? Have I done the best I can for them each week? I’ll miss them, too?for their comments, their suggestions, and their loyal readership that makes the magazine possible.

Not that every moment has been fabulous, mind you. There have been memorable nights spent staring endlessly at the graphic library because the perfect cover image simply didn’t exist. At least, not until I stumbled across it at two in the morning, bleary-eyed and muttering savagely about finding a nice, dull job tagging sharks off Australia.

Though there may have been a few uncertain moments along the way, one thing is for sure: Voice readers and writers are in very capable hands with Christina M. Frey, the new Managing Editor. I could try to describe her warmth, enthusiasm, and skill to you, but here’s a better idea: search the Voice site and read some of her many articles and AU student profiles. With talent to spare, She’s sure to take the magazine in exciting new directions!

So, back to the edge of that cliff. Will I plummet to the bottom? Or catch an updraft and soar? Only time will tell. But now I must bid you so long and farewell, because the time has come to leap.