News & Events
The Voice
Click of the Wrist – Total Eclipse 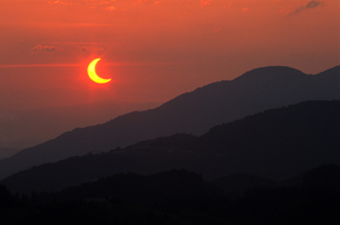 With all of the publicity surrounding the release of Eclipse, the third film in the popular Twilight series, It’s easy to overlook the real solar eclipse occurring on July 11, 2010, in the South Pacific. Although It’s not visible from most of the inhabited parts of the Earth, this total solar eclipse is still noteworthy: the planet won’t see another one until November 2012.

If You’re confused by umbras and penumbras, this beginner’s guide, written by astrophysicist and NASA eclipse expert Fred Espenak, is an easy read.

Room with a View

Even if you don’t live in the few locations from which the eclipse will be visible, It’s still possible to watch totality online. A team of Japanese eclipse hunters is traveling to the area and plans to stream video of the solar event. See this translated page for information on where and how to view it.

Not content to view the eclipse from afar? San Francisco’s Exploratorium has simple instructions for creating your own total solar eclipse from the comfort of your backyard. Wait for a sunny day, and try it out!

Totality of this months’s eclipse can be viewed from the remote and mysterious Easter Island. Twelve years ago, a team of researchers, archaeologists, and filmmakers traveled to Easter Island to try to understand the nearly nine hundred giant stone sculptures?called moai?that dot the face of this tiny island. PBS’s fascinating documentary of the expedition isn’t available online, but its interactive online guide is a good substitute. Interested armchair explorers will want to check out the photographs, 360-degree panoramas, videos, information, and travel blog. 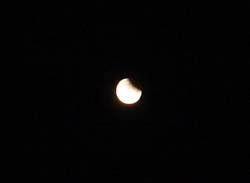 From My Perspective – Total Eclipse of the Moon