Articles
The Voice
In Conversation With . . . Jeff Reilly

Jeff Reilly is a CBC producer, composer, and virtuoso bass clarinetist. A strong and influential voice in contemporary music, Reilly has performed with many notables, including the Elmer Iseler singers.

Wanda Waterman St. Louis spoke to him at this year’s season finale of the Nova Scotia Youth Orchestra (?NSYO?), an event at which Reilly’s composition Internal Combustion was performed with guest percussionist Mark Duggan.

?Music, in performance, is a type of sculpture. The air in the performance is sculpted into something.?

On Combining Composition with Improvisation

The improvisation has to fit into this structure. So the idea is that you set the structure, set the written material, set the context for improvisation, have a sense of how long each section lasts, give out some free ideas?not too many?and hope that the thing has integrity.

To prepare for this performance, I led a workshop where I got the orchestra aware of these ideas, and then Dinuk [Wijeratne, the NSYO conductor] rehearsed them, extremely well, I might add, over a three-week period. Then Mark had a rehearsal with them without me there (sometimes It’s better if I’m not there). And then they had a two-hour rehearsal today with me. That was the first time I’d heard the whole thing together.

[In this piece, a series of hand gestures is used to draw specific sounds from the orchestra.]

The idea of having ten cues is related to the fact that you’ve got ten fingers. If you want to give the orchestra an indication of which cue you want, you can use any number of fingers. On one hand It’s hard to do, so there are ten cues, and then there are these hand gestures. 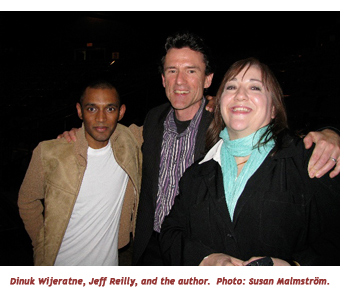 Each one of those ideas is the same sort of idea formation that you use when you write any piece, except that I kept them in their raw form for the orchestra to improvise on. If you listened to what Mark did, you heard that everything that the orchestra did was very similar to what the written stuff said. In some cases you might not know if the music being played was written or improvised.

People often forget that music is actually like a sophisticated game plan. There are no winners or losers, but You’re really playing a game; and the better you play the game, the more fun you have, the kind of fun that provides a deep, heartfelt, complex human satisfaction.

So the rules of this game are a little more transparent. There are all kinds of notes you have to follow and you don’t know what the composer’s overall idea was. You’re told, Here’s the bare bones of it: here you go, you do some of the work too. And we’ll have a really good time doing it. That doesn’t mean it can’t be intense; after all, we’re playing with the stuff of the universe.

In Conversation with Michael Gauthier, Part I 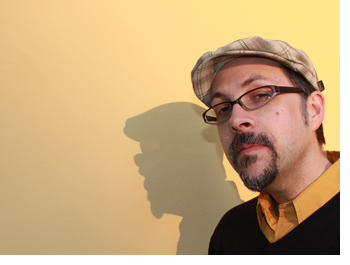 In Conversation With . . . John Hollenbeck

In Conversation With . . . Mark Duggan