A Brittle Compassion, a Tender Brutality

?It’s something I learned in my youth, when I was fighting in an unjust war for an ideal I didn’t believe in.?

Ewa attracts driven men. It’s hard to pinpoint why she attracts them, but it may have something to do with the purity of her ideals. Gifted, ambitious men attach themselves to her unreservedly in spite of the fact that she has little respect for wealth or ambition. They are willing to make any sacrifice for her except the one sacrifice she most desires: that they abandon their wealth and ambition. Her first and now estranged husband Igor is willing to ?destroy whole worlds? for her.

This story carefully examines the common value system of the rich and powerful. It even draws the reader to the edge of sympathy (but no further), showing up the callousness with which certain big players manipulate world events to their own advantage and to the detriment of the powerless.

It’s a wonder that a writer of Coelho’s calibre has become so widely read and translated. He’s a master of the fluent dance between the writer’s intellect and the need to create an authentic semblance of reality, between ideas and art. His prose exhibits great warmth, but at the same time a knuckle-whitening determination to face down the horrors of life. 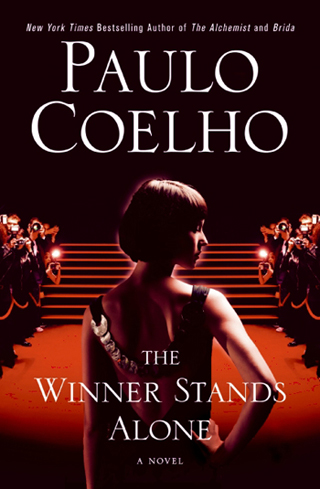 In the relationship between Igor and Ewa, there is an intimacy between good intentions and the willingness to destroy, between the bleeding heart and calculated cruelty, between love and the banality of evil.

In their deep love for each other, Ewa and Igor share the strong convictions of their generation: a longing for world peace and contempt for all who waste their lives in superficial and selfish pursuits. But Igor’s desire to guard his love for Ewa at all costs is part of a tangle of sentiments that includes, unfortunately, the psychological repercussions of having served in the Soviet war in Afghanistan.

A taste of wealth and power changes the outer dimensions of Igor’s personal morality, or rather opens a chink in his psyche to let the demons out. Even in the face of the monstrous spectre of his own soul reflected in his actions, Igor believes inexorably in his own goodness; this belief is an essential element in his sickness, in the sickness of his generation.

There are cryptic references to mystical realms, realms that, far from being the exclusive domain of the intellectual, are seen as essential to the human soul. For example, there is one moving tale of a kind seagull who takes a mouse for a flight in its beak, giving the mouse a longing for a reality which in his current form he may never repeat.

The Winner Stands Alone manifests 10 of The Mindful Bard’s criteriafor books well worth reading: 1) it is authentic, original, and delightful; 2) it confronts existing injustices; 3) it makes me want to be a better artist; 4) it gives me tools to aid my art; 5) it displays an engagement with and compassionate response to suffering; 6) it inspires an awareness of the sanctity of creation; 7) it is about attainment of the true self; 8) it provides respite from a sick and cruel world, a respite enabling me to renew myself for a return to mindful artistic endeavours; 9) it stimulates my mind; and 10) it poses and admirably responds to questions which have a direct bearing on my view of existence.

Paul Coelho was recommended to The Mindful Bard by Ines Ben Aissa of Tunisia.

From Where I Sit – Another Reminder