Columns
The Voice
The Mindful Bard – Lorcan Roche, The Companion

Waltzing With Despair When Truth Cuts In

“I got to the point of feeling a sort of secret abnormal, despicable enjoyment in returning home to my corner on some disgusting Petersburg night, acutely conscious that that day I had committed a loathsome action again, that what was done could never be undone, and secretly, inwardly gnawing, gnawing at myself for it, tearing and consuming myself till at last the bitterness turned into a sort of shameful accursed sweetness, and at last–into positive real enjoyment!”

According to the archetype so well fleshed out in Irish film and literature, the Irish are mostly one of two things: they’re either so sweet sugar wouldn’t melt in their mouths, or they’re so bitter and angry that they’re spitting nails. And some are both at once.

Take our man Trevor, for instance, an Irishman gifted with sensitive insights, a rage that sometimes debilitates him, a volcanic but poetically experienced lust, and a deliciously macabre sense of humour that’s as honest as it is politically incorrect.

Like Dostoevsky’s hero in Notes from Underground, Trevor is an existential hero who prefers raw, ragged truth to candy-coated contentment. He bravely faces down the illusions that can keep us functioning as human beings but which always turn hostile, or which at the very least keep us from experiencing life fully.

Following the death of his mother, Trevor repeatedly finds himself in the position of caring for the sick and dying. Like many of us, he’s doomed to repeat the first great hurt of his life until his heart is strong enough and wise enough to make sense of it. 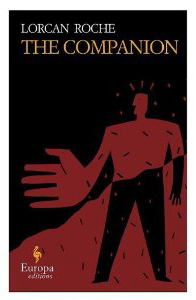 After a string of nowhere jobs in which he can’t seem to realize that his lack of career success is due to a refusal to toe the line, Trevor lands a position in New York City as a companion to a dying young man from a wealthy family. Ed suffers from skin hunger, the longing experienced by the severely disabled to be touched tenderly, as human beings. Trevor gets this, as he has seen evidence of this in former clients.

In examining via Trevor the marginalization and resulting angst of those with severe physical disabilities, Roche illuminates the human condition in a highly original way, delineating our unbelievable vulnerability.

There is a beautiful passage about a homeless Muslim man–a former medical student and one more victim of the spiritual wasteland of western affluence–who offers Trevor a priceless insight into himself and the very nature of being.

Roche juxtaposes rich metaphor and belly laughs, soul-piercing tenderness and joyous debauchery. He removes the oppressiveness from our morally bankrupt society by pointing out the hypocrisies of the icons we both cherish and hate and by pointing the way to a radical new experience of life.

This is the first item in Mindful Bard history that has fully manifested all of the Bard’s criteria, and if I hadn’t seen it with my own eyes I’d never have dreamed it possible. Roche has managed to be compassionate but not patronizing, socially conscious but not self-righteous, and has provided a road map to a way of living that involves humility, reverence, and abiding love. And he has achieved this through the creation of a work of art that is beautiful, meaningful, and rational.

The Companion fully manifests all of The Mindful Bard’s criteria for books well worth reading: 1) it is authentic, original, and delightful; 2) it confronts, rebukes, or mocks existing injustices; 3) it renews my enthusiasm for positive social action; 4) it gives me tools enabling me to respond with compassion and efficacy to the suffering around me; 5) it makes me want to be a better artist; 6) it gives me tools which help me be a better artist; 7) it displays an engagement with and compassionate response to suffering; 8) it inspires an awareness of the sanctity of creation; 9) it is about attainment of the true self; 10) it provides respite from a sick and cruel world, a respite enabling me to renew myself for a return to mindful artistic endeavour; 11) it harmoniously unites art with social action, saving me from both seclusion in an ivory tower and slavery to someone else’s political agenda; 12) it stimulates my mind; and 13) it poses and admirably responds to questions which have a direct bearing on my view of existence.