Articles
The Voice
In Conversation With . . . Janet Klein, Part III

Janet Klein has amassed an international cult following by singing little-known songs of the 1910s, ?20s, and ?30s in period dress in an evocative, childlike voice. Her repertoire includes Yiddish tunes, Tin Pan Alley, early hot jazz, ragtime, vaudeville, and novelty tunes. Janet recently took the time to chat with Wanda Waterman St. Louis about packaging, Australian vaudeville, and the grand adventure of living in the past. Be sure to read the first and second parts of this interview.

Also there at the party was John Reynolds, a great guitar player. John’s grandma was ZaSu Pitts, the silent movie character actress. When he started playing, he asked me if I’d like to sit in.

So they let me sing a couple of ditties, one of which was a blues song called ?If I can’t Sell It I’ll Keep Sitting On It.? As I was playing it, they joined me. It was the first time I had played with other people, and I was flabbergasted.

Doors kept opening, and I met more people interested in this kind of music. I began to have band fantasies and eventually ended up with the Parlor Boys. I’ve been so lucky to find these wonderful, wonderful musicians and be able to share them.

As for the packaging, I came out of the design department at UCLA and had started to work for a commercial printing company in 1990, so I’d worked with designers all day making beautiful printed things. And I had been collecting photographs and printed matter like vaudevillian playbills, and so the packaging came very easily. When I see these things I just want to dive in and superimpose myself on everything. I love everything about that era?the architecture, the music, the art . . . 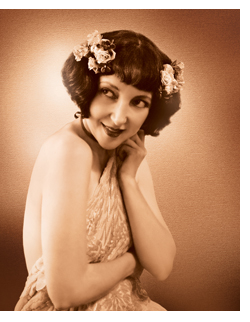 Over the years, we’ve done a little touring, and I always love to look for material from this era in different parts of the world, which is always great! (What was in the air?)

I’ve gone to Japan four or five times. In Kamakura, just 45 minutes outside Tokyo, one of the clubs where we played was called Tipitina?s, named after the club in New Orleans. It was filled with old street signs and looked like something on the bayou.

When I walked into the club, I saw a television monitor over the bar, and they were playing a film compilation that a friend of mine had worked on; it was called Times Ain’t Like They Used To Be, and It’s one of my favourite things ever. It’s made of film shorts culled from the Library of Congress and other places, with shorts of people like Jimmy Rogers and field-type recordings of ex-slave bands, jug bands, people on their front porches in Appalachia, etc. It’s just an amazing set of films. And there it was in Kamakura!

So I asked the owner, ?What was going on here in the 1930s?? He gave me a compilation from the Japanese Columbia label, a set of Japanese recordings from that era. I was knocked out, and when I went home I learned some of the songs with a little help from some friends I’d made in Japan. 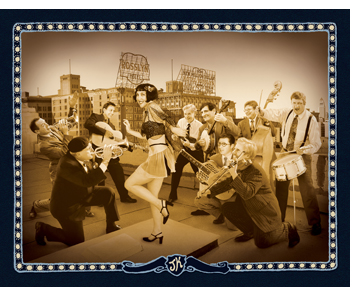 In every town in Japan where we played, we were set up with local bands that played music from that era. So we’ve played with Japanese jug bands, klezmer bands, [and] early swing bands, and we’ve met up with some great people.

Last year we went to Australia, and so I did a little research and found a vaudeville team called Flotsam and Jetsam and I learned one of their tunes, ?Ozzie Isn’t Aussie Is He Lizzie?? Nobody seemed to have heard of it, but then when we did it, people did remember it, and there was this aha moment.

It’s such an adventure. It began as a very lonely pastime and for so long I felt that I was all by myself with my interests. When I came out with this music, it just cascades back at me. I love it when people come up to me and tell me about their flapper aunts. They’ve always got good stories for me. People are always sending me films and soundtracks to things and old radio shows, their wedding shoes from the ?20’s . . . it just comes from every which way.