Columns
The Voice
The Mindful Bard – The Lovely Bones (DVD) 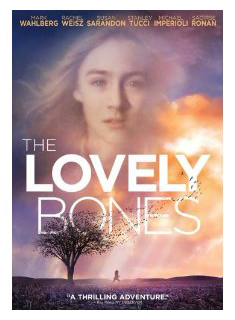 The Hero’s Journey for Abuse Survivors

“These were the lovely bones that had grown around my absence: the connections?sometimes tenuous, sometimes made at great cost, but often magnificent?that happened after I was gone. And I began to see things in a way that let me hold the world without me in it.”

To begin: yes, this film was a critical flop, and yes, it is a Bard pick, both for good reasons. It was a critical flop because it fell far short of manifesting the artistic merit of the novel on which it is based (and who could have predicted that?). Yet it is also a Bard pick because of its cultural significance and its power to evoke thought, feeling, and new art.

True, the characters lack depth. They are too iconic?even stereotypical?to be believed. But the same could be said of the Lord of the Rings trilogy’s characters, and few complained about that. Maybe archetypal characters are a mark of Jackson’s style. Let it go.

I’m not going to say that this isn’t a story about death. But on a deeper level, it is also very much a story about life, or rather about a peculiar life path.

Abuse survivors will recognize the stages one encounters following the traumatic event: the numbness unto death, followed by a profound and lasting sense of loneliness and emptiness, followed by a realization of the horror of what has happened, followed by the struggle to find a means of coping. Sometimes, they occur all at once.

Sweetly, tenderly, and, finally, with violence, death enters our lives and casts its stinking fog into every corner. Our task becomes to endure to the end, somehow emerging with treasures in our grasp. Just like the dead, the abuse victim is somehow removed from loved ones; a wall quickly forms, a wall composed of scrambled signals, silence, and darkness. Loved ones respond in turn with withdrawal, anger, and thoughts of revenge on the abuser. 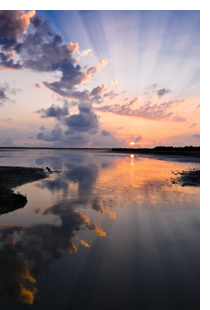 Susie Salmon learns to cope, as many of us do, by finding for herself a peer, a fellow victim who can act both as a guide and traveling companion on the road to recovery.

There is a delightful segment in which Susie and her pal Holly Golightly (aptly named for the dreamy-eyed escort girl in Breakfast at Tiffany?s), a fellow murder victim, discover that the ?in-between world? that they inhabit is malleable, that their imaginations can make of it whatever they will. And so they create a spectacular, whimsical reality as a kind of bubble against their pain, nonetheless all the while harbouring a longing for reunion with those from whom they’ve been stolen.

Many abuse survivors turn to art, the great gift of a universe that tolerates the intolerable, for solace and healing; it is nearly always a wise and effective move (Adolph Hitler being one obvious exception).

Susie’s final entry into heaven is marked by a decision to turn back for just a moment; she must first experience a deep and meaningful encounter with her beloved, leaving a bit of her presence with him as a means of beckoning him into paradise. She has become in the end a tender Bodhisattva who refuses to enter nirvana until she can somehow be assured that she has brought a part of suffering humanity with her.

The Lovely Bones manifests five of The Mindful Bard’s criteria for films well worth seeing: 1) it stimulates my mind; 2) it provides respite from a sick and cruel world, a respite enabling me to renew myself for a return to mindful artistic endeavour; 3) it is about attainment of the true self; 4) it inspires an awareness of the sanctity of creation; and 5) it displays an engagement with and compassionate response to suffering.