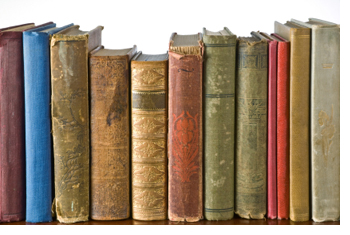 Digital downloads of Avatar and Harry Potter. E-readers. Blogs. Mashups on YouTube. The modern flood of entertainment might be death to our attention spans, but what a way for them to go: arguably, in an age overflowing with more originality and choice than ever before.

Er, hang on a minute. Originality? Maybe when it comes to the expression of ideas and plots. But the ideas themselves are older than Gilgamesh, that king who became the stuff of the first recorded legends. In fact, with apologies to all those studio execs scrambling to create the next summer blockbuster, there really isn’t anything new under the sun?not when it comes to the basic themes of the stories we tell.

Christopher Booker, a British literary critic, explained it wonderfully in his book The Seven Basic Plots: Why We Tell Stories. As Booker tells it, the essential plots are the Quest, Voyage and Return, Comedy, Overcoming the Monster, Rags to Riches, Tragedy, and Rebirth. Other writers have given slightly different labels to those categories, but the underlying idea is the same.

Think New Moon: Eclipse is fresh, creative stuff? It’s really just a variation on the Rebirth theme, with a dash of Overcoming the Monster thrown in to spice things up. Not so different from 1946’s It’s a Wonderful Life, in which a dark force threatens to overwhelm the protagonist but is eventually overcome. And if you laugh at the convoluted antics of Becky Bloomwood in the Shopaholic series, you’d have fit right in with the16th-century audiences who found Shakespeare’s Comedy of Errors a real rib-tickler.

Which, in its own way, is reassuring. If those enduring plots tell us that countless generations have dealt with the same central issues, maybe we humans aren’t mucking things up too badly. After all, the planet’s still spinning, isn’t it?

But the seven-stories theory also raises an interesting question. If all we’re doing is rehashing the same basic plots, then why bother? Why spend all that time, effort, and those enormous CGI budgets trying to repackage, say, Homer’s Odyssey when we could just stick to the original and get on with really new stuff?like missions to Mars? 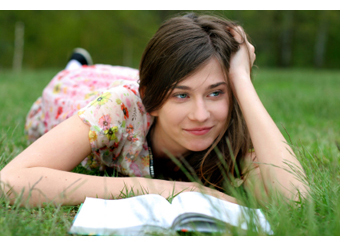 Well, besides the fact that we’re hardwired to create, the key to those seven stories is that they allow people to make sense of their world, whether that world was (or is) Renaissance Italy or modern-day America. And what better way to understand the confusing muddle That’s humanity than through characters, settings, and language you can find recognizable and relatable?

For example, It’s one thing for a 21st-century teen to imagine herself as Bella in New Moon, to sort through her own conflicting emotions alongside characters that could step seamlessly into her world (well, except for the bit about vampires and werewolves). Hand that girl a copy of Romeo and Juliet, though, and her eyes are likely to glaze over. Not because the story is any less thrilling or universal, but because the characters just don’t speak her language. It’s like being stuck with that weird, foreign cousin at a family reunion. Potentially fascinating, but the conversation flows a lot easier with your own friends.

So if it seems that everything old is new again, there’s no need to despair. From The Epic of Gilgamesh to the latest Bourne instalment, those seven stories have served us well. And It’s vital that we keep telling them.