Columns
The Voice
From Where I Sit – Difficult Days Ahead

As much as I understand the reality, the inevitability of death, it still comes like a thief in the night, shocking and saddening all those affected. It’s dreaded, feared, and misunderstood by most, yet often it is welcomed and embraced by those who are dying. I remember my dad wishing for it as he faced failing health and diminished capacity to live the life he once knew. When your body has let you down, when friends and family have died, when you have become weary of the fight, death provides welcome relief. That feeling is not uncommon, especially in the elderly. But wishing does not make it so. Death has her own timetable.

As human beings, we have an incredible faculty for forgetting the precious and fleeting nature of life. Any reminders of death, whether from down the road or on TV, are short-lived. Back we fall into our habits of roaring through life with only passing notice of those values most dear to us. Maybe we leave unkind words hanging in the air. Or neglect to make time for those we claim to care about. Maybe we mock the advice that just might keep us alive and well longer. Maybe we think we’ll be the ones to beat the odds. I’m sorry to be the bearer of bad news, but it just won’t go down like that.

We’ve just returned from our neighbour’s funeral, so I’ve gotten another up-close reminder about death and ritual and grief. Alex was diagnosed with stomach cancer in January, had surgery in early February, and died July 28. He was a victim of one of those ?Sorry, we can’t do anything more for you because we don’t have enough oncologists? scenarios. It is very hard not to be enraged by a system that lets some fall by the wayside. We fear it could be us or someone we love.

So, Alex’s time came?at 67, most would say far too soon. Because he was a farmer unable to do what needed to be done, Roy stepped into the breach. He left his own work to lend a tractor and grain loader, to arrange for a trucker, to talk to grain buyers, and to help load nine semi-trailers of grain. He sprayed Alex’s crop for weeds because timing is everything. No doubt he will help with the eventual harvest.

Today, he was a pallbearer.

For the survivors, too soon do the hugs and the caring concern slow down and then vanish. The hustle and distraction of making funeral arrangements and receiving family give way to days and long nights of silence. In a society that euphemizes death and grows impatient with grief lasting longer than a few weeks or months, in a society that offers cliché and trivialization and can’t bear silence or tears, the road of grief is especially rocky. Insomnia, lack of appetite, fear, anger, guilt, and incredible sadness are waiting around the corner. Dealing with the day-to-day business of farming is tough enough for couples. For a widow, it is impossible. Unfortunately, for her I see many more difficult days ahead, from where I sit.

From Where I Sit – Wishing You Loving Kindness 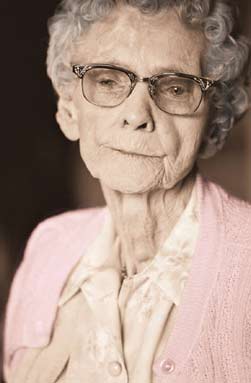