Articles
The Voice
In Conversation With . . . Cochemea Gastelum, Part I

Cochemea Gastelum is a jazz saxophonist and recording artist. As a member of Sharon Jones and the Dap-Kings, he backed up Amy Winehouse in performance of and in the recording studio for her album Back to Black. The Electric Sound of Johnny Arrow (recently reviewed in The Voice) is Gastelum’s first solo album, and Wanda Waterman St. Louis had the honour of giving him his first interview following its release.

I grew up in Spring Valley, California, which is basically San Diego. I grew up around a lot of music because both my parents were aspiring musicians; my mom liked to sing torch songs and stuff and my dad was a jazz guitar player, self-taught. I didn’t grow up with my dad, but his influence was felt around the house.

My mom was always into jazz. She’d never really been into the hippie thing and was more into jazz singers, so I grew up around Billie Holiday, Wes Montgomery, Charlie Parker, Les McCann, Aretha Franklin, the Beatles . . . On weekends she’d always say, ?Pick a record!? Wes Montgomery was one of my favourites. She had pretty wide musical tastes, but I grew up mostly with soul music and jazz.

When I was in second grade, I was really into Kiss. I liked rock music too, and wanted to be a drummer, but in my neighbourhood I couldn’t really bang on the drums, so I ended up quitting that and looking for a horn. I saw a saxophone that looked so beautiful I decided I had to play it. It kind of went hand in hand with the jazz music. I also started getting into ska; for a horn player, it was really great to be able to jump around to those rhythms.

They were Native American?Yaqui Indian. So basically, I was on the path. 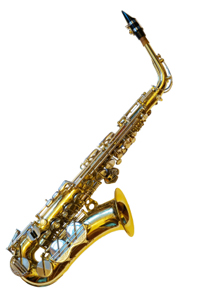 I think that for me, the Latin influence started with jazz music because I really had an affinity for that Afro-centric kind of jazz sound. Back in the ?60s a lot of jazz musicians started getting into their roots. Maybe it was in the blood, but it really felt like it came naturally to me.

I really liked Brazilian music. My father always used to play bossa novas for my mom on the guitar, and whenever the family got together, my uncles and my dad would always be serenading everybody with ?Girl from Ipanema? and all those Brazilian songs. And now whenever I’m with my family and I have my horn with me, they always want me to play those songs. It’s one of those things that just got passed down.

There’s definitely a Brazilian influence on this album, especially on ?Impala ?73,? because I was listening to a lot of Brazilian music when I wrote that song.

So I went to the Berklee College of Music in Boston. The vibe there was heavy on the jazz music. Berklee is pretty much a jazz school, but I was into a lot of funk. When I got there I just wanted to groove, for lack of a better word. I wanted to play music and make people dance, and that wasn’t what the school was about at that time. So I wasn’t at Berklee for very long.

I ended up going back to San Diego and playing with the Greyboy Allstars [that] was just getting going. Those are the guys I came up with in San Diego and I learned a lot from them. Soul jazz was just coming up in the dance clubs again. 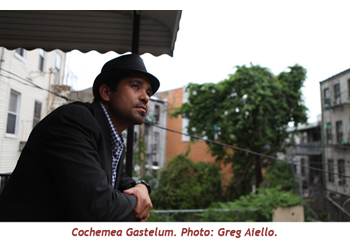 I need to be left alone, [but] also collaborat[e] with my friends, and people I like playing with. This record was made with me tinkering in my studio or wherever I could find time to be alone. I need that quiet space. And then since I recorded it at home, I could bring friends in to play the guitar and we would vibe off each other. And then when they went home and I was alone again, I could shape the music.

I started touring with the Dap Kings around 2005. For a while I toured with them off and on, but now I’m full-time in the band. They’d been on the go since the mid-90s, and I’d always been a fan of theirs. I was between bands and they needed a sub, so I started subbing with the Dap Kings. I was playing baritone sax, which I’d never played before, or even thought about playing. I felt like I’d finally met the group of people who were likeminded, who liked the same kind of music and who had a similar aesthetic.