Cybiont is a New Zealand recording artist whose music and lyrics are inspired by the writings of Joel de Rosnay and by a unique set of personal experiences. He recently took the time to talk with Wanda Waterman St. Louis about his next album, conditions of creativity, and fighting for a better world. Read the first part of this interview here and check out The Voice‘s review of Cybiont’s second album, Angels & Demons, here.

?The only difference between myself and a madman is that I am not mad.?

I loved skiing and skating by about the age of three, and by the age of four I was singing my heart out. I fell in love at six, hitchhiked for the first time at seven, got into my first and last physical fight ever at 12, had my heart broken at 14, started a band at 15, became politically engaged at 16, hitchhiked across South and Central America at 18, and then decided to start fighting for a better world.

People tell me It’s time I grew up, but I think I might be too old for that now.

The Myriad Conditions of Art Production

Life is a piece of art in itself. we’re surrounded by art. From the tiniest amoebas to the biggest supernovas, everything has its own artistic expression. I’m just trying feel all the art That’s around, and?hopefully?that can come out as music at this end. I don’t believe I need any specific life conditions; I just need life and the ability to open up my heart and my senses to all That’s around.

But of course there are things that help the creative process. Good conversation is one . . .

My songwriting and composing usually get triggered by something . . . a sound, a thought, a leaf that rustles in the wind, a bird song, a beat/rhythm made by walking, a piece of metal scraping along the pavement, a book (or even just a title of a book), something that I find being wrong and that upsets, a conversation, a random face hiding a lie or a smile . . . and of course other music that I hear. A couple of the tunes on the album are based on a feeling that was triggered by a synthesizer sound . . .

What really inspires me to make music is the fact that there are those brave enough to bring something new into this world . . . They touch my heart, and often that comes out as music at this end. 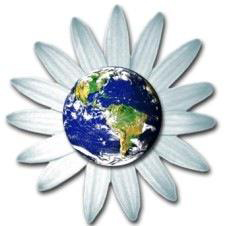 I have no idea. What I do know is that there are many more songs urging to be composed. It’s a bit overwhelming since there are far more than I possibly can manage. I’m currently working on 30 to 40 new compositions, and hopefully half of them will meet the ears and hearts of others. I certainly hope so.

Art isn’t much if it remains with its creator. Art comes alive through interaction. So my immediate plan is to finalize the third Cybiont album, initially named Music For My Living Universe. The album is likely to be a collection of the widest range of styles put together on one Cybiont album. There will [be] some poppy tunes, some noise music, some almost-danceable beats, and some dark emotions. Also [it will] feature[e] some other artists and some (for me) new instruments such as monochord, sound bowls, Middle Eastern drums, distorted ukulele, effect-based ?voice beats,? and more. Music For My Living Universe should be finished in a month or so.

After that, I’ll probably be spending some time helping some organization trying to make a difference in the world and . . . mak[ing] some more music. If the right opportunity comes knocking, Cybiont may also do some more performances.