Articles
The Voice
In Conversation With . . . Cochemea Gastelum, Part II

Cochemea Gastelum is a Yaqui jazz saxophonist and recording artist. As a member of Sharon Jones and the Dap-Kings, he backed up Amy Winehouse in performance of and in the recording studio for her album Back to Black. The Electric Sound of Johnny Arrow (recently reviewed in The Voice) is Gastelum’s first solo album, and Wanda Waterman St. Louis had the honour of giving him his first interview following its release. Part I of the interview can be found here.

Sharon Jones and the Dap-Kings

The band was basically built around Sharon. There was a band called The Soul Providers. They needed her to do backup vocals, so from there she completely killed it and they just built a band around her. And The Soul Providers eventually became the Dap-Kings.

Sharon is fantastic to work with. She’s in the prime of her life, singing the best I’ve ever heard her. She’s an amazing performer; She’s 54 years old and she has more energy than any of us.

She’s been singing since she was a little kid and she’d been singing in wedding bands for a long time, but she’d been met with a lot of closed doors, and fame had eluded her. But the Dap-Kings are about what’s being real and Sharon is the real thing; they recognized that soulfulness. And it took off?real people playing real music on real instruments. It’s amazing that That’s what stands out these days.

The Dap-Kings and Amy Winehouse on Back to Black

Amy is very talented and she wrote some great songs. What the Dap-Kings did was interpret them in an authentic way. Mark Ronson is a fantastic producer and was just able to match them up and make a great album. The timing was impeccable. The Dap-Kings were there to help arrange the songs and just to do what they do, which is to play that music better than anyone else.

The Dream that Sparked The Electric Sound of Johnny Arrow

I already had some songs written, but the album was nowhere near completed. At the time, I was having all these dreams about my ancestors. There were a lot of indigenous people in my dreams, and the dreams were very powerful. I’ve had very visceral dreams ever since I was a kid.

In one of these dreams I was in what I think was a teepee. I was caught between two warring factions of Indians, one an older clan and the other a younger clan. They had arrows and crossbows pointed at each other, and I was right in the middle of it.

The older guy was addressing the younger guy, and he called him ?John Arrow.? John had long, black hair and he was very muscular and handsome, with a chiselled face like a warrior. 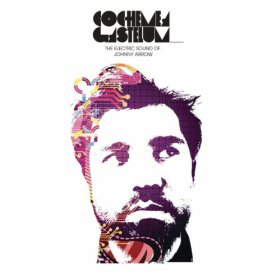 The scene changed and I was walking over this long arc with the older clan. I looked back and saw John Arrow and the younger clan waving to me as I was walking away. Suddenly, I felt like I was going the wrong way, with the wrong people. I just felt it so strongly that I finally turned around and ran the other way, toward the younger clan. When I got to the other side, I saw Johnny Arrow and his crew on a stage playing this amazing music.

A woman walked by me and said, ?We knew you’d be back.?

And then I woke up.

I thought, My dad’s name was Johnny . . . My father died when I was very young. He was not only a musician but also a sculptor and an artist. I always thought that he had never lived his artistry to its fullest. So the whole idea of Johnny Arrow encompasses a lot. I’m watching Johnny Arrow and at the same time I am Johnny Arrow.

Johnny Arrow also represents dreams that haven’t been fulfilled yet.