The plague?the legendary Black Death?stalked European cities and villages more than 650 years ago, but that doesn’t mean It’s dead and gone. It still lurks in the modern world, and has even been found a little too close to home.

As The Globe and Mail reports, a prairie dog dead from the plague was recently discovered in Grasslands National Park, Saskatchewan.

And It’s not an unusual occurrence: the bacteria responsible for the plague (including the bubonic plague) is ?naturally occurring throughout the southern Prairies in wildlife such as ground squirrels and mice.?

However, we’re not about to undergo a massive epidemic. In order to contract the plague, people would have to bitten by infected fleas, but, as Parks Canada specialist Pat Fargey told reporters, ?The risk is quite low.? In fact, It’s been over 70 years since a human being contracted the disease in Canada.

Experts assure us that the chance of contracting the Black Death is minimal, and that even if a human being were to fall ill with the disease, prompt diagnosis and treatment usually results in a cure.

Regardless, to ensure safety, You’re urged to ?not walk through the prairie dog colonies . . . [to] tuck [your] pants into [your] socks and [to] use insect repellent on [your] shoes.?

In Foreign News: Hugo and History

Quasimodo, Victor Hugo’s famous ?Hunch Back of Notre Dame,? has become a cultural fixture in the literary, film, and Broadway worlds. But new evidence suggests that he may also have existed in the pages of history.

As the Daily Telegraph reports, a set of memoirs recently catalogued by the Tate Archives suggests that Quasimodo was in fact ?based on a historical figure.?

The writings describe a sculptor known as ?Monsieur Le Bossu,? which translates as ?Mr. Hunchback.? There are several other references to Le Bossu as being ?humpbacked.?

The memoirs? writer, 19th-century sculptor Henry Sibson, worked at the Notre Dame Cathedral during the 1820s. It was during the latter part of this time period that experts believe Hugo penned The Hunch Back of Notre Dame.

Even more intriguing, further research has ?uncovered additional links between Hugo and the characters described by Sibson,? including a Monsieur Trajan, believed to be the inspiration behind Jean Valjean. As Professor Sean Hand, head of the University of Warwick’s Department of French Studies, told reporters, ?It further renews our appreciation of [Hugo?s] amazing imaginative powers to take details from real life and weave them into magical literature.? 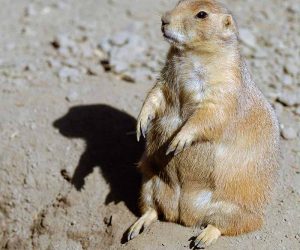 Fly on the Wall—Groundhogs and Their Day

Porkpie Hat – A Plague of Angels