Columns
The Voice
The Mindful Bard – States of Race: Critical Race Feminism for the 21st Century

Publisher: Between the Lines, 2010

?These groups became communities of people without ?the right to have rights? and live in areas where violence may be directed at them with impunity. All such excluded groups are racialized, that is, understood as being a lower form of humanity than people of European origin.?

A scene from the life of The Mindful Bard:

?There’s such a cultural divide between the West and East Coasts,? I said. 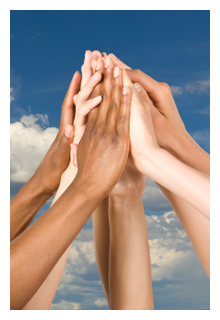 ?What do you mean?? asked Katherine.

?Just that people in the East are generally more traditional?stay-at-homes, more like the Europeans. People in the West seem less rooted, more adventurous, more health-conscious. It makes sense when you think about it; the settlers all landed in the East first, and the bolder they were, the further west they moved.?

?Hmm,? Katherine mused with a patient smile. ?I guess I see things more through the eyes of my own people.?

Katherine was descended from Black Loyalists? who were brought to the American colonies and later migrated north? and Mi?kmaq peoples who first entered North America from the Bering Strait in a west-to-east migration that brought them to settle in Quebec, the Maritime provinces, and the northeastern states. And so my east-to-west migration premise just didn’t wash, because the people in my ethnic group were never, as my theory implied, the sole inhabitants of this continent.

I was stunned (this is the way the liberal ego dies?not with a bang, but a whimper). I’d been smugly confident that I was a true postmodern feminist, with all the clarity of mind and purpose that the term suggests, and with one casual remark I was shown to be just another blinkered cart horse hauling the useless cargo of Western imperialist prejudice.

We have blind spots. This is why all artists, intellectuals, and social activists should read States of Race, a compilation created to coincide with the 10th Annual Anti-Racism and Critical Race Studies conference, ?Race-Making and the State: Between Postracial Neoliberalism and Racialized Terrorism,? being held at the University of Alberta in Edmonton this October.

This marvellous little bundle of essays from a marvellous bunch of women illuminates the complex interweaving of factors that perpetuate racially motivated oppression of women and other ?Others.? Many of these factors are of recent development, one salient one being the usurping of the feminist agenda to fire public anger against Muslims in general via media representations of Muslim women as victims in need of rescue.

There’s more. Some high points include the following offerings: 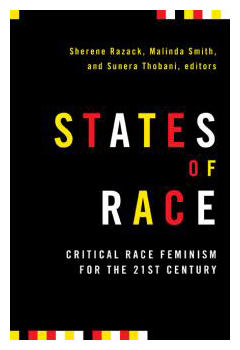 ? From Patricia Monture: the role of academia in marginalizing dissenting voices; the creation of spaces?and the delegation of specific groups to these spaces?beyond the arm of the law for the purpose of nudging certain groups (including ethnic groups, gays, the differently-abled, and others) toward extinction; and the beauty of ?browning? public gatherings and spaces by bringing in people of colour and encouraging public participation in non-Western cultural practices.

? Malinda Smith on the deconstruction of the concept of ?the other? (other gender, other race, other ability, other sexual orientation, etc.) and storytelling as a political act.

? Yasmin Jiwani expounding on the commandeering of the notion of the female body as a fundamental tool of ethnic cleansing and power broking; the three racisms (ethnic cleansing, racial oppression and subordination, and assimilation); and the careful media construction of the image of the Muslim man as backward and dangerous and the Muslim woman as both an enabler and a victim in need of rescue.

? Sherene Razack examining the nature of ?abandoned places? where, for example, refugee claimants face lengthy bureaucratic nightmares in which they have little or no claim to legal protection; and the wholly subjective distinction between ?good? and ?bad? terrorists.

? Sunera Thobani on the role of western feminism in the ?War on Terror.?

? Gada Mahrouse on whether Western do-gooders really do good (describing the inherent contradictions in global activism, ecological tourism, and other well-meaning endeavours).

States of Race manifests six of The Mindful Bard’s criteria for books well worth reading: 1) it confronts existing injustices; 2) it renews my enthusiasm for positive social action; 3) it gives me tools enabling me to respond with compassion and efficacy to the suffering around me; 4) it displays an engagement with and compassionate response to suffering; 5) it stimulates my mind; and 6) it poses and admirably responds to questions which have a direct bearing on my view of existence.

All the Music be Happenin’ Now – Postmodernism in Music

The Mindful Bard – Even the Rain