Columns
The Voice
From Where I Sit – Not Right

On Monday, according to our handy-dandy La Crosse electronic home weather station, the temperature was five degrees Celsius with the wind chill. FIVE degrees on August 23. It was a cloudy, miserable day.

In the Big Sky Country of Alberta, where we’re used to sparkly blue, often cloudless skies, dark, dreary days are especially hard on the psyche. Some quick internet research revealed that Calgary is considered the sunshine capital of Canada and that Edmonton enjoys 2299 hours of sunshine per year.

Tuesday hit a high of 25 degrees Celsius. It was sunny (for the most part) and breezy. Why, you may ask, does any of this matter? With bizarre weather events occurring around the globe, what’s the big deal about a temperature swing?

The big deal is this. For farmers, weather is a huge player?just as important as input costs and market prices, and perhaps more so, because without favourable weather there is no crop. No crop affects the ability of livestock farmers to feed their animals, which in turn affects the price in your grocery store.

Our area of Alberta (east central) has been in a drought condition for the past 10 or more years. Year after year, farmers have noticed telltale signs that something was seriously wrong. Trees were dying. Crops were patchy, with lower yields. Roadside ditches were dry even when there should have been spring runoff (caused by lower than normal snowfalls). Dugout water levels were dropping or drying up completely. Thankfully, we have a huge one that is spring-fed. A neighbour was able to keep his herd of Hereford cattle only because he laid miles of temporary piping to pump water from our dugout to his empty one. He’s done that two or three times in the past several years.

So in spring 2010, when it appeared the tap had been turned back on, farmers started smiling again. Devastated pastures and hay crops were slowly coming back. Lush, green growth in crops and farmyards was a welcome sight after years of crunchy lawns, cracked earth, dust, and low humidity.

Yes, Lord, we appreciate the rain, but now, after trying unsuccessfully for seven or eight weeks to make hay, we need your help. The overzealous farmers who cut acres of hay have seen it turn black and rot or have had new growth come through the swaths. Others who quickly baled the hay (before it was thoroughly cured and dry), will likely find the bales spoiled and mouldy this winter. Some believe that mouldy hay causes cows to abort their calves. Most of our hay is still standing, but as summer turns into fall, its quality is deteriorating. The long-range forecast is not great. If these cool, wet, windless days continue, harvest 2010 looks like it could be one for the books. We need warm, sunny, windy days to finish our hay, help the grain crop mature, and ensure that what should be a bumper crop actually gets from field to grain bin.

Based on what I see in my backyard and on the news, something is not right, from where I sit. 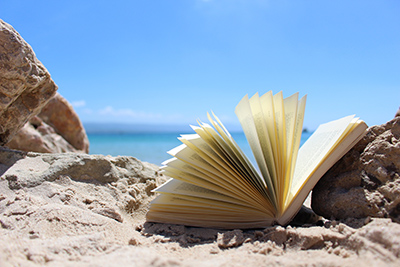 Staying Motivated in the Heat

From Where I Sit – Do the Numbers Add Up?