Articles
The Voice
In Conversation With . . . Mark Duggan

Mark Duggan is a Toronto-based composer and percussionist. A veteran of such notable groups as NEXUS and Vuja dé, Mark actively promotes the work of contemporary and world composers. Last winter, Wanda Waterman St. Louis had the privilege of hearing him perform Jeff Reilly‘s Internal Combustion with the Nova Scotia Youth Orchestra. Just before the concert, Duggan took the time to answer Wanda’s questions about musical experiences, percussion, and his current activities.

I’ve worked with Jeff Reilly for many years in a variety of contexts. we’re both interested in improvisation as a compositional device and also in music of other cultures. Creating the piece was Jeff’s idea, and one to which I readily agreed. It was commissioned by me a few years ago with the help of the Canada Council for the Arts.

What I know of Internal Combustion I enjoy. This performance will be the world premiere. I am interested in the way Jeff has organized the orchestra to be able to ?improvise? (via the conductor) with me. That will be a new experience for me.

Why Am I a Percussionist?

That’s difficult to answer. I’ve wanted to play drums for as long as I can remember. When I was seven or eight, a woodwind quintet came to my school to perform and afterward offered to teach those instruments to anyone who wanted to learn.

I spoke with them and told them I wanted to play percussion, and they set me up with a teacher. I studied in the Halifax City Schools? music program for many years and for a year at Dalhousie and two years with the NSYO before moving to Toronto to study music at the University of Toronto. 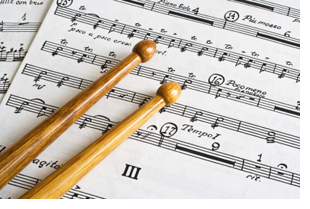 . . . Last November I did a series of shows in Toronto with a guitarist from Rio de Janeiro, Brazil, a guy named Guinga who is one of my musical idols because he has such a beautifully expressive compositional and performance style (he plays only his own music). It was very special for me to have the chance to perform with him. I’ll be heading to Brazil . . . to catch up and play with him again.

I’m also back in school these days, enrolled in the doctoral program at [the] University of Toronto. It’s a fascinating experience to be back in school at my age and to have the opportunity to study and play Brazilian popular music.

In Conversation With . . . Jeff Reilly