Articles
The Voice
In Conversation With . . . Patricia Talem

Patricia Talem is a Brazilian jazz singer with a fluent, tender vocal style reminiscent of Astrud Gilberto. She recently released her self-titled debut album, a beautifully produced selection of songs by mostly Brazilian composers. She’s now working on her second album. Recently, Patricia took the time to talk with Wanda Waterman St. Louis about repertoire, the importance of silence for creativity, and how it feels to sing.

I was born into a family of engineers, but I was privileged to have the support of my family to study and practice music.

As a child, I would often sing in front of the mirror, dubbing children’s songs.

At 14, I began formally studying music theory and singing, but the best school for me has been practice. I was very young when I began to sing in the pubs of São Paulo. I have also been influenced by the music of Rio de Janeiro and Minas Gerais [a Brazilian state], the land of Milton Nascimento.

I always heard good music at home. Early on, I learned to appreciate bossa nova, samba, and other Brazilian rhythms. And there is no way to talk about bossa nova without talking about jazz.

The choice of repertoire for this album was very slow and methodical. I found many beautiful, interesting songs, and I tried to choose those that somehow connected with my life. I believe that in principle this is the best way for me to interpret a song.

I already knew the work of Marco da Costa, a major producer and Brazilian drummer. It was through him that I met Sandro Albert, and I was charmed by his compositions and way of working. Through this partnership with Sandro, I met Russell Ferrante and Jimmy Haslip of the Yellowjackets. For me it was a gift to work with such sensitive and brilliant musicians.

When I sing, I feel like the world stopped. Everything else becomes unimportant and the music is absolutely queen.

It is very pleasant to be connected to the musicians and the meaning of that song for several minutes, and to make this performance the most important and precious. 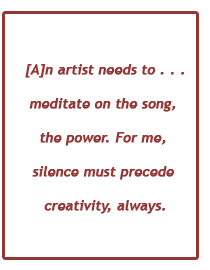 I think the world today is too fast. This is very good in some respects. Communication is more effective; if not for the internet, for example, I couldn’t give this interview. Also, speed makes our music heard around the world. But an artist needs to calm down, to take a moment of pure leisure, to meditate on the song, the power. For me, silence must precede creativity, always.

Art has the power to transform a human being, and It’s the best therapy there is. I learn a lot about life from songs, music, poetry, and art in general. Art is also a great way to meet myself. When I hear my old recordings, for example, I perceive intentions, moments that show me who Patricia was at that time.

I’ve been greatly influenced by João Gilberto, Tom Jobim, Milton Nascimento, Flávio Venturini, Sandro Albert, Chet Baker, and Paco de Lucia. I have also been influenced by dance. I practiced flamenco for many years as well, and this ended up influencing my music.

This week, I’ve been listening to Atlantis by Wayne Shorter, Nearness of You by Michael Brecker, and Efêmera by Tulipa Ruiz.

What often happens in Brazil is that some people see jazz as being only for a musical elite, which is not true, and moreover, is completely contradictory to jazz’s roots. For this reason, I try to bring music to people with less culture and less privileged conditions, whenever possible. I think music is a complete form of education. 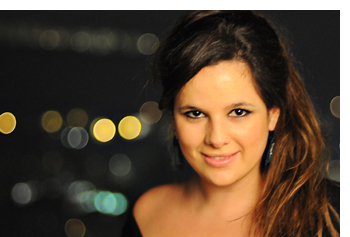 I also believe very much in music as a way to create a better future for children, particularly in regions where child labour is common.

I always, always put myself in the place of the main character of a song. I imagine details, colors, gestures, and expressions, and I create a movie from that song. Often, in public, I identify with someone in the audience, and immediately place this person as a character in this movie too.

My biggest belief is to not do to others what I do not want them to do to me. This applies to politics, religion, relationships and family. 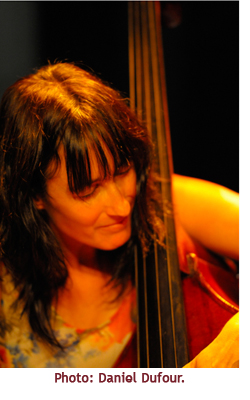