Recently, local lawmakers in my area put the kibosh on texting while driving?or tried to. Although the law’s been in effect over a month now, I haven’t seen much difference. I’ll glance out the window and still see the college-aged woman steering with her knees while madly texting on her phone, or the businessman who can’t let an office email go by without checking it two seconds after it arrives in his smart phone’s inbox. Watching them is almost as distracting as texting on my own phone.

The latest in a new series of safe-driving targets is the GPS device. Recently, after news broke that a deadly bus crash had been caused by the driver’s programming his GPS device while operating the vehicle, a buzz of GPS-related commentary hit the Internet. For example, CBC’s Marketplace published a blog post on in-car GPS devices, suggesting that their use while driving be banned in Canada. An earlier Marketplace investigation had strongly called out manufacturers for failing to install in-motion locks on GPS units in order to make them impossible to operate while the vehicle’s driving: ?Yet despite the problems of distraction, manufacturers of portable GPS devices still allow drivers the option of programming while the car is in motion, instead of completely locking them out.?

Excuse me? Yes, programming the GPS while cruising down the highway, or texting while driving, are made theoretically possible by the manufacturers. But they’re made actually possible by stupid and/or irresponsible drivers.

The fault isn’t in the technology, any more than a murder is the fault of the gun rather than of its user.

With this blame-game attitude so prevalent, is it any wonder that texting-while-driving regulations and similar laws are, and will be, ignored? The problem is that we’ve lost our sense of responsibility. If we cause a problem, It’s the government’s fault. If we misuse technology, It’s because the manufacturers didn’t prevent us: The GPS made me do it!

Give me a break! We shouldn’t need Big Brother?in the form of manufacturers or lawmakers?to step in and make us behave ourselves. 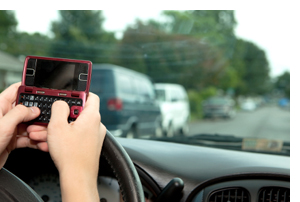 No, we shouldn’t be programming our GPS devices or checking email on our smart phones while we’re driving. And That’s precisely why we should be the ones who stop it.

We can petition manufacturers or the government. We can raise a public outcry. But all we’re really doing is passing the buck. we’re saying, Please, help us help ourselves. We can’t stop on our own. And then, of course, when the big guns can’t keep us from our bad habits, we find a new scapegoat instead of addressing the real problem.

Who are we kidding? Let’s put the blame back where it belongs. If we allow GPS, texting, or that email alert to distract us from driving, It’s not the fault of our device’s manufacturer for making it technologically possible. It’s not the fault of the government for not passing laws to discourage us from unsafe practices.

we’re adults. If we make stupid mistakes, we’re the ones responsible. Enough playing with our techno-toys on the road. Enough passing around the blame. It’s time to ?Shut up and drive.?

International News Desk – At Home: Texting Behind the Reins – Around the World: The Strength of Women