?Music is your own experience, your own thoughts, your wisdom. If you don’t live it, it won’t come out of your horn. They teach you there’s a boundary line to music. But, man, there’s no boundary line to art.?

The Mi?kmaq here in Bear River often sing ?The Gathering Song?; taboo to sing except with the permission of an elder, It’s a powerful prayer summoning the ancestors of everyone present in the room. Once when I heard this song, I looked around the room at the spectrum of races and hues and asked myself, If all our ancestors were gathered here now, would they get along? I then realized that of course they would?if they didn’t, we wouldn’t have all been there.

Similarly, if you were to enter the unconscious of the modern European, you might find that twilight place where Celts, Romans, Teutons, Arabs, Huns, and Visigoths all danced and leaped around the same fire, or a place where eastern, western, northern, and southern Europeans sipped absinthe together in a smoky bar while a transvestite played an accordion and warbled on about a sailor who died at sea. 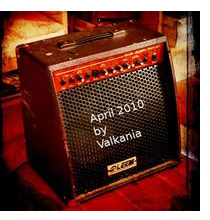 Or something like Valkania, an East London-based trio that seamlessly and engagingly mixes jazz and progressive rock with its East European roots to create a sound that oozes atmosphere and emotional significance.

And if I still haven’t managed to convince you purists of the necessity of musical syncretism, listen to guitarist and bouzouki player Viktor Mastoridis: ?I come from a mixed nationality marriage. I have never felt untrue to one country or the other regardless of where I live. I am happy about who I am; I feel normal, harmonious, and even beautiful. Why should my music be any different??

Mastoridis began his musical career as a blues guitarist in the Balkans. After playing in progressive rock and hip-hop bands, he moved to the Netherlands and then to the U.K., where he realized the extent to which everyone was simply aping Western music. His decision to channel the musical genres of the cultures from which he sprang, mixing in generous helpings of the foreign genres he loved, seemed so right that he completely embraced it. 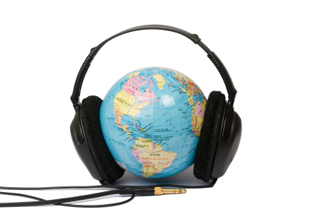 The whole EP sounds incredibly tight and smooth, and yet you get the sense that these folks had big fun putting it together. The vocals, both male and female, are pitch-perfect, resonant, and heartfelt. Musicians, you should be sure to count out the beats in the bars to see how many odd rhythmic structures you can find.

April 2010 manifests seven of the Mindful Bard’s criteria for music well worth a listen: 1) it stimulates my mind; 2) it harmoniously unites art with social action, saving me from both seclusion in an ivory tower and slavery to someone else’s political agenda; 3) it provides respite from a sick and cruel world, a respite enabling me to renew myself for a return to mindful artistic endeavour; 4) it is about attainment of the true self; 5) it makes me want to be a better artist; 6) it is authentic, original, and delightful; and 7) it makes me appreciate that life is a complex and rare phenomenon, making living a unique opportunity.